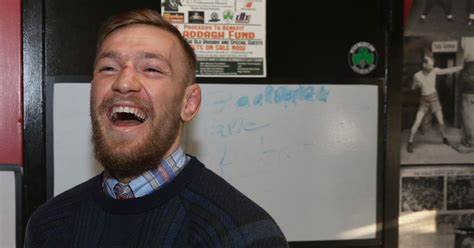 Conor McGregor ‘doubled his net worth’ by selling Proper 12 whiskey

I guess ownership isn’t for everyone.

As a result, “Notorious” doubled his net worth.

That’s according to JOE.co, which has McGregor — already valued at $120-$130 million prior to handing over his “Proper” percentage — taking home somewhere in the neighborhood of $130 million. It’s not billionaire status, but I don’t think anyone on the McGregor team is complaining.

“He is in great spirits, well he actually sold the spirits so he is in really good financial spirits,” head coach John Kavanagh told BT Sport. “He is just looking forward, I’m hoping we can get that (Poirier) rematch done in the summer. I’m not exactly sure, I don’t involve myself in the management side of things. We wanna get that one back, gotta figure out these fricking calf kicks, how to use them and defend them. We’re pretty confident we have that sorted out now. He looked excellent everywhere else.”

The 32 year-old McGregor (22-5) is coming off a second-round technical knockout loss to Dustin Poirier at UFC 257 back in Jan. 2021. The promotion is currently working on a potential rubber match for some point later this summer.