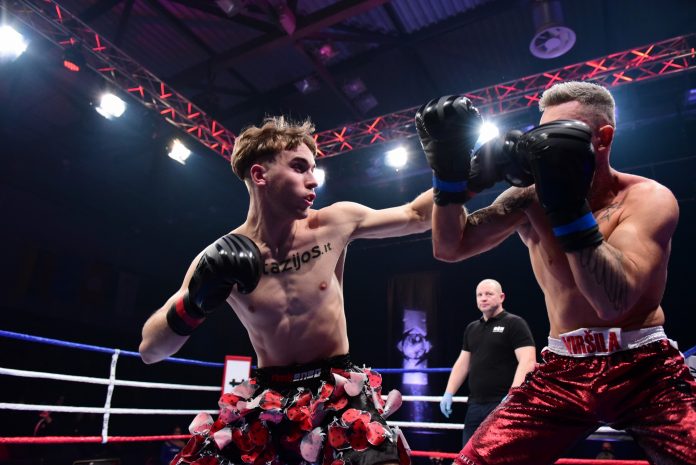 Sunday’s KOK Classic 5 event was the most successful in the series yet, according to a promotion representative.

The KOK Classic 5 featured some of the promotion’s top stars. Interim Featherweight Champion Matas Pultarazinskas and lightweight contender Mindaugas Narauskas were both in action, as well as MMA standout Vitold Jagelo.

Impact Fight!
Most of the attention focused on the special “impact fight” between popular lightweight kickboxer Dovydas Rimkus and bodybuilder Remigijus Virsila.

Both are popular personalities with a social media presence. Virsila made his combat sports debut in a boxing match against the smaller Rimkus. The men argued on social media and agreed to settle the beef in the ring.

Virsila is the latest social media influencer to try combat sports, following Logan and Jake Paul and KSI. The difference is he tried to face a real professional fighter instead of another influencer.

Rimkus knocked him down twice before he finished him with a brutal body shot in round two.

Onward to Tallinn
After outstanding events in Kazakhstan and Lithuania in February, the KOK promotion returns in April.

On April 10, KOK visits Tallinn, Estonia for the first time in 2021. The promotion is back in Lithuania on 24 April, just two weeks later.

KOK is also scheduled to return to Turkey on April 2 for the first KOK Turkey Series event of 2021.