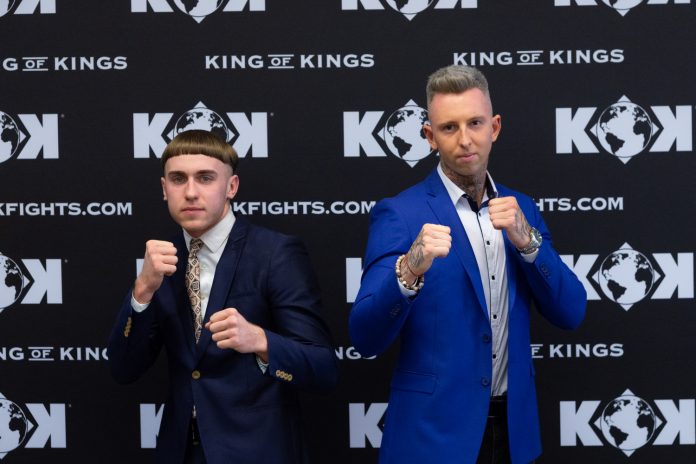 The bout is a special attraction at the KOK Classic 5. The event is being broadcast worldwide on FightBox HD and KOK Fights TV.

Internet Beef
How does a kickboxer end up fighting a bodybuilder in a boxing match?

The feud started when Virsila did a Q & A chat with Instagram followers. He was asked for his thoughts on Rimkenzo’s abilities. Virsila said he didn’t think the young Rimkus showed a lot of promise.

Rimkenzo responded and issued a challenge. The fight was arranged under boxing rules.Flash” Versus FLESH
Rimkenzo is known for his charismatic interviews and outrageous ring entrances. The young fighter has grown into one of KOK’s most popular personalities. He’s got a good right hand and shown improvement in recent bouts.

Virsila is not known as a fighter. He’s the taller and stronger man, and will probably outweigh Rimkus by a good 15 kg (33 lbs) minimum.

Rimkus is basically fighting a heavyweight, although an inexperienced one. He’ll have to be cautious early and make sure to keep his hands up and chin down. If he is knocked down or embarrassed against Virsila, it would be a damaging blow to his career.