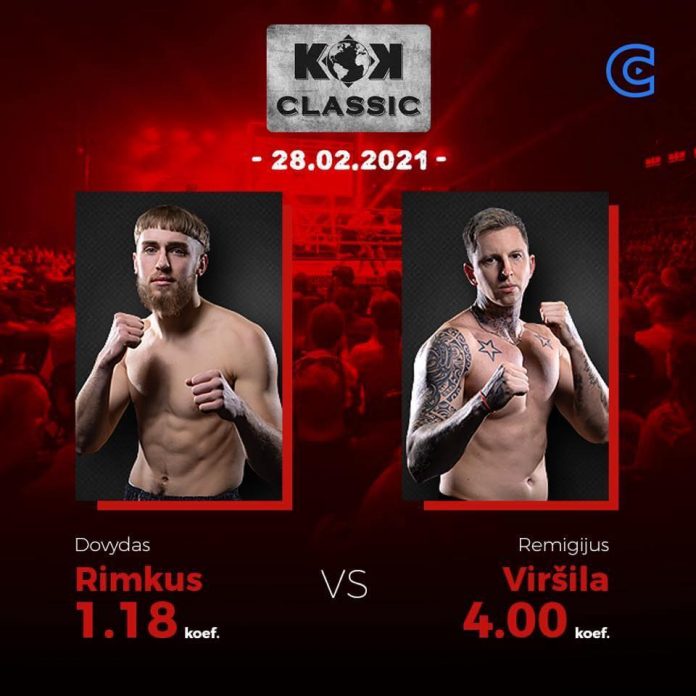 Rimkus is a good right hand puncher and has said before he likes a good battle. He’s facing a larger and stronger but less-skilled opponent, and will probably be outweighed by a good 15 kg or more on fight night.

In a recent interview, KOK Interim Featherweight Champion Matas Pultarazinskas said he’s the present and future of the KOK organisation. That’s a strong boast but the champion has proven himself as one of the best of the new generation of Lithuanian kickboxers.

A wager on Pultarazinskas is currently fetching odds of 1.45 (-222). Moshnin is unbeaten in two KOK Classic fights but neither fighter is on the champion’s level. The Belarusian, who trains and fights out of Warsaw, can be a busy fighter that could leave him open to counters from Pultarazinskas, a fighter with good boxing skills.  Moshnin can currently be backed at 2.55 (+155).

Naglis Kanisauskas is favored (1.65, -154) to defeat Paulius Mitkus. Mitkus previously defeated Kanisauskas by split decision at KOK 69 in March 2019 but the odds currently favor Kanisauskas, who’s returning to KOK after an absence. Mitkus, who drew with Latvia’s Reinis Porozovs last month, is 2.10 (+110) to defeat Kanisauskas.

The match odds were previously even but some of the late money shifted to Kanisauskas.