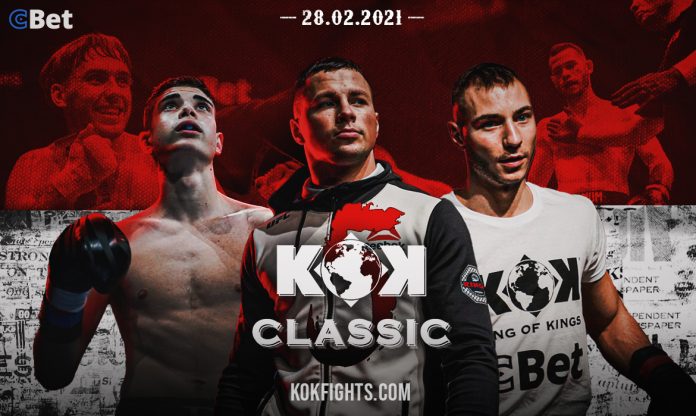 The KOK Classic 5 event scheduled for February 28 in Lithuania is taking shape, as the promotion announced more participating fighters.

Top lightweight contender Mindaugas Narauskas will look for his second straight win on his comeback. Narauskas defeated tough Pole Daniel Szott last month in his first fight after suffering an injury in 2019.

Undefeated MMA sensation Erikas Golubovskis has been winning impressively, with his last two matches ending by submission and TKO. He’ll look for another fast finish at the KOK Classic 5.

Another MMA Bushido standout Vitoldas Jagelo is also confirmed for the event, and also Dream Boxing fighter Ovidijus Jurginas, and kickboxing prospects Dominykas Dirkstys and Danas Antanavicius. Denis Makowski of Belarus, fighting out of the Garuda Muay Thai Gym in Warsaw, is also slated to appear.

More names and matches will be announced in the weeks ahead and we’ll keep you updated.

The KOK Classic 5 takes place on February 28. The event will be televised internationally by FightBox HD (available to stream via Film Box Live), and streamed live and worldwide by KOK Fights TV.