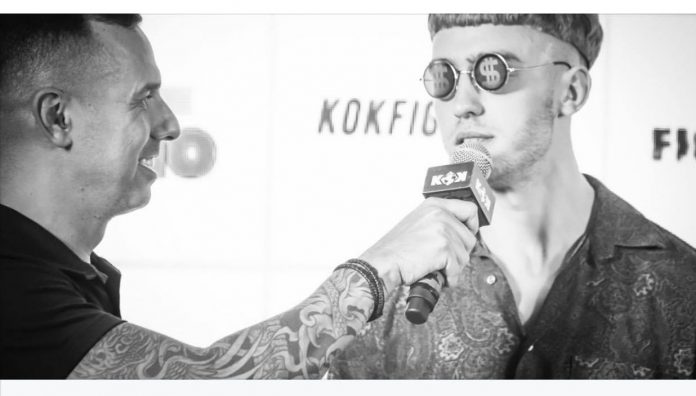 Rimkus Promising “Orgasm for Your Eyes” Against Virsila

“I’m fighting with show elements. Fighting with my hands down, etc. More and more people get to know me, and there will always be some haters,” explained Rimkus.

“Virsila said in his Instagram stories that he can be the man who can defeat me, and I thought why not try if he really wants to fight me?”

“So, I texted KOK and Bushido Federation President  Donatas Simanaitis,  and asked is this possible? Now, we have a fight.”

The two  will meet on February 28 at the fifth KOK Classic event in Lithuania. The fight’s announcement has been with a big buzz in the Baltics, as the charismatic fighter known as “Rimkenzo” faces the bigger and stronger Virsila, an influencer with over 100,000 followers total on Instagram and YouTube.

Facing Virsila carries risks. Rimkus will be at disadvantages in both height and weight, and there’s also possible damage to his reputation if he loses. He’s confident his skills will carry him to victory.

“Yes, I know he is much stronger and bigger than me, but I think my experience and style is on another level,” he said.

“In this fight,  I will show up with lots of new interesting strikes  and (I’m) willing to beat him in fashion.”

“If he wins this fight that could end my career, and make him (a)  professional fighter but I can’t imagine that happening.”

“But, this is sports,” continued Rimkus. “There is always that 1%, so I’m very interested in this fight.”

I’m waiting to fight with this annoying person who thinks he can be the best in all places- dancing, singing fighting, You Tubing, etc. So, this will be amazing to watch.”

Rimkus is still interested in facing another rival, KOK Interim Featherweight Champion Matas Pultarazinskas. The two were scheduled to meet in 2020 but the match was cancelled because of the coronavirus pandemic.

“Yes,  of course.  It’s unfinished business with Matas Pultarazinskas. (It) will be done one day,” he said.

For now, he’s focused on Virsila, and Rimkus is promising a spectacular performance.

“About this fight ending- I don’t want to say predictions but I promise you that’s gonna be (an) orgasm for your eyes.”

“I can say I  hope Virsila will be in his greatest shape. That it will be more fun to beat his ass up.”