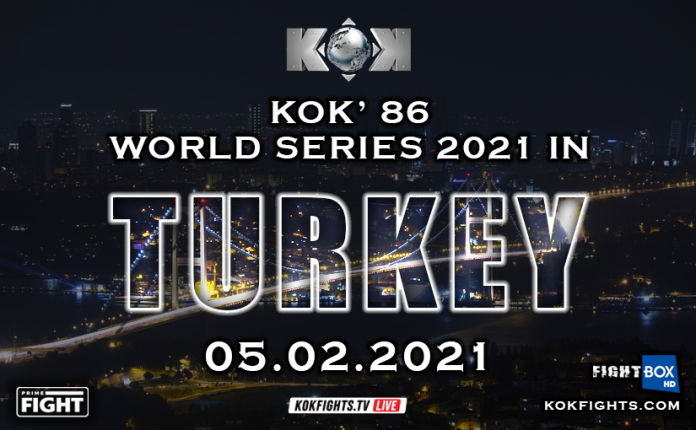 On Friday February 5, the King of Kings organisation (KOK) makes its return to Turkey. The event will be held in the town of Kaynasli, located in the country’s Black Sea Region.

KOK made its Turkey debut in August  2018 with an event before thousands of fans  in the seaside city of Sarkoy. Since then, the promotion has returned to Turkey a number of times, visiting Istanbul and the province of Sakarya.

Next month’s event will be KOK’s first in Turkey since 2019. The pandemic led to the postponement of last year’s planned summer  events. KOK events in Turkey are promoted in association with top Turkish fighter Erkan Varol, the official KOK Turkey representative.

Iran’s Masoud has impressed in the KOK Turkey Series, scoring knockout victories against GLORY and Enfusion veteran Kevin Hessling and Kamil Tadeusz Pawlak of Poland. He also  won a  unanimous decision against Yusuf Memedov, repeating an earlier win against the Azerbaijani fighter.

Cagala improved his record to 17-2 with a unanimous decision over Uzbekistan’s Mohamat Iso Ibrohimov in Sarkoy. In December 2019, the Turkish fighter defeated another Uzbekistani, Jamshid Tursunboev by second-round stoppage.

Ramazan Paramisov makes his return to the KOK Turkey Series. The Russian heavyweight defeated Burak Durgun at the KOK World Series in Sakarya, and also won a four-man heavyweight tournament in Istanbul in December 2019. Paramisov faces Jafar Ahmedi, a more experienced opponent from Iran with over 50 bouts on his record.

Ten bouts are scheduled in all, with fighters from Turkey, Afghanistan, Azerbaijan, Iran, Iraq, Morocco, and Syria scheduled to participate.

The KOK 86: World Series in Turkey 2021 will be streamed live and worldwide on KOK Fights TV.