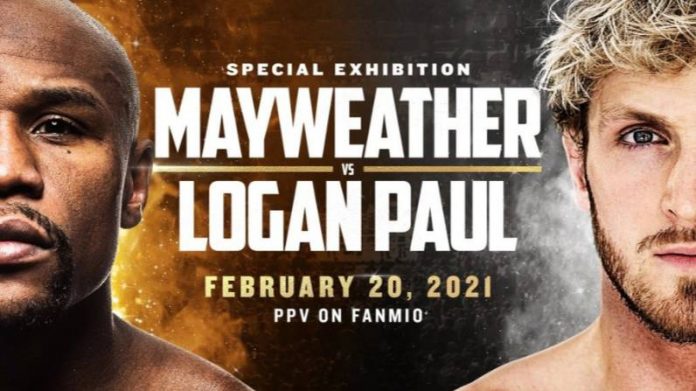 Floyd Mayweather could witness his legacy be “deeply and badly affected” by his upcoming exhibition fight with Logan Paul, according to boxing reporter Gareth A Davies.

The 43-year-old American superstar retired undefeated from professional boxing in 2017 after his sensational blockbuster crossover fight with Conor McGregor.

But Mayweather returned to the squared circle for an exhibition fight in 2018 against Japanese kickboxer Tenshin Nasukawa, who he destroyed in a first-round TKO victory in Japan.

‘Money’ stunned the world recently after he confirmed that he would return for another exhibition clash in 2021.

Davies, who is a boxing correspondent for The Daily Telegraph, found the idea of Mayweather going up against Paul “odd” and suggested the fight could “backfire” for the former five-weight world champ.

He told talkSPORT: “It’s very odd to have the greatest defensive boxer of the era that I’ve covered boxing — the last two or three decades — against a guy that did college wrestling, a strong individual.

“And I think this may be the one event, if it goes ahead, that really does backfire on Floyd Mayweather.

“I think it really might cause his legacy to be deeply and badly affected, that’s my view on it right now.”

Fanmio has revealed the bizarre details on how the pay-per-view event will be priced, which will cost fans more money the longer they wait to order it.

UFC president Dana White has also ridiculed the state of boxing after the Paul vs Mayweather fight was announced.

YouTube star Paul, 25, has claimed that fans around the world could “witness the greatest upset in the history of sports” on 20th February.

“I’m always searching for the ultimate challenge and it’s a dream to go toe-to-toe with the greatest boxer alive,” he said.

“I am ALL IN, and on February 20th, the world could witness the greatest upset in the history of sports.”