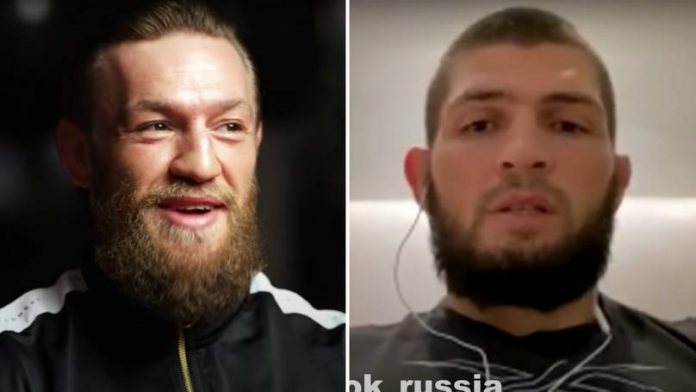 The 32-year-old Russian clashed with McGregor in their blockbuster mega-fight at UFC 229 in 2018.

And Khabib, who had a heated build-up with the Irishman ahead of the fight, walked away with the ultimate bragging rights on the night after retaining the UFC lightweight championship.

The ‘Eagle’ insisted that his 2018 super-fight with McGregor was ‘more emotional’ than it was physical.

According to Sports and World, Khabib went on to suggest that the second UFC fight of his career against Gleison Tibau was his toughest to date.

“I think it would be wrong to single out someone alone,” he told FightSpace.

“The most difficult is the one with whom I fought in October 2018, more emotionally, probably than physically. Gleison Tibau in 2012.”

Khabib fought Tibau at UFC 148 in 2012 and picked up a unanimous decision victory after three rounds of their fight in Las Vegas.

However, there was controversy surrounding the fight as many had felt that Tibau should have been awarded the fight.

Even UFC legend and commentator Joe Rogan sounded surprised when Khabib was announced the winner.

“It was very difficult to fight Dustin Poirier emotionally, because my father was in the corner, and I understood the responsibility — the fight took place in Abu Dhabi, and almost the entire stadium was rooting for me,” Khabib said.

“For the first time in my career, my elder brother was present in the hall.

“A lot of close people and relatives flew in, so I understood that the responsibility was very high. When close people are near, it is a little hard.”

Khabib made his sensational return to the octagon in October and secured a stunning second-round victory over Justin Gaethje at UFC 254 in Abu Dhabi.

An emotional Khabib then stunned the MMA world by announcing his retirement from combat sports, notching up an unblemished professional record of 29-0.

However, UFC president Dana White is convinced that the ‘Eagle’ will make a U-turn on his retirement and return to the octagon to try and secure a 30-0 record.