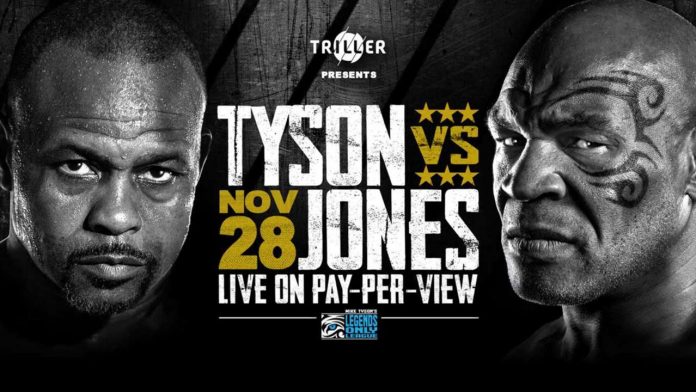 The Mike Tyson and Roy Jones Jr. exhibition boxing bout is what has everyone talking, but there will be plenty of action before they enter the ring.

With Tyson and Jones headlining at Staples Center in Los Angeles this Saturday, a six-fight undercard has been finalized to lead into the clash of legends. Most notable is the co-main event bout between YouTube star Jake Paul and 10-year NBA veteran Nate Robinson.

Paul has already experienced the hoopla of a widely-publicized boxing event, having served as the co-headliner when his brother Logan, also a social media sensation, fought British YouTuber KSI in August 2018. He faced KSI’s younger brother Deji Olatunji and won by fifth-round TKO after Olatunji’s corner threw in the towel. It was Paul’s pro debut.

Robinson, a three-time NBA dunk contest champion, will be competing in boxing for the first time.

The event is expected to begin at 9 p.m. ET Saturday.

See the full fight card for Tyson vs. Jones Jr. below: