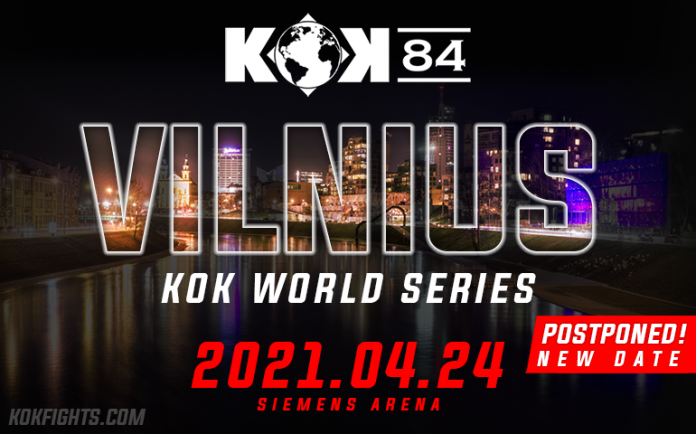 The King of Kings promotion (KOK) officially announced KOK 84 has been postponed until April because of coronavirus prevention measures by the Lithuanian government.

The event had been scheduled for 14 November at the Siemens Arena in the capital city of Vilnius. KOK 84 will now take place on 24 April, 2021 at the same venue.

In response to the increasing number of coronavirus cases in Lithuania, the government ordered local quarantines in 13 municipalities earlier this week. Sporting events are restricted throughout the country, and there’s been talk of a nationwide quarantine next month.

Tickets purchased for the November event remain valid for the new date in April.