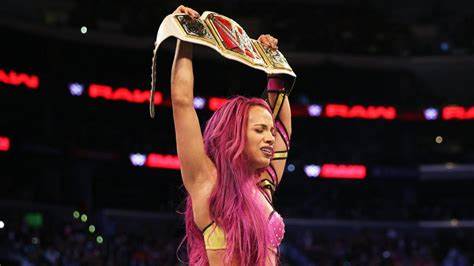 In a brutal match of the year contender, the Boss ended her former tag-team partner’s historic 380-day reign as SmackDown Women’s champ.

The two Superstars had one of the most universally acclaimed clashes of all time at NXT Takeover: Brooklyn back in August 2015.

And they more than delivered on the long-awaited main-roster sequel in a Hell in a Cell match that involved tables, ladders, stairs and kendo sticks.

Banks had lost her first two bouts inside the unforgiving structure but finally came out on top at the third time of asking.

The 28-year-old forced Bayley to tap out to a Banks Statement while the former SmackDown Champion had her head wrapped in a steel chair.

As a result, Banks held the blue brand’s title for the first time – making her WWE’s third female grand slam champ after her Golden Role Models partner and Asuka.

One fan tweeted: “It’s pretty mad that Sasha Banks and Bayley probably own the two greatest women’s matches in history.”

Another said: “They had one of the best Cell matches ever imo, male or female.”