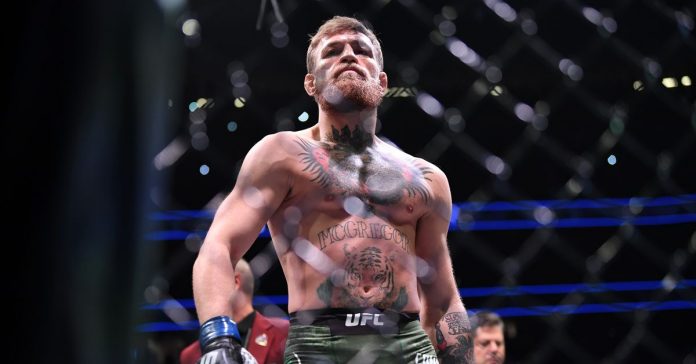 The second UFC 254 media day went down in the wee hours of Thursday morning in the United States (5 a.m. ET to be specific). Because of that, you probably haven’t heard too much from the collection of coaches trotted out to speak to the press about the Khabib Nurmagomedov vs. Justin Gaethje lightweight title fight going down this weekend (Sat., Oct. 24, 2020) on “Fight Island” in Abu Dhabi. But some interesting things were said, especially by Khabib’s head coach at American Kickboxing Academy (AKA), Javier Mendez.

“I thought when I looked at him, [Gaethje] is the second biggest threat because I still to this day think Conor was [the biggest threat],” Mendez said. “And the reason why I believe [it’s] Conor is that precision striking. But, Justin could easily prove me wrong and prove to be the toughest test we’ve ever had. We’ve yet to see that.”

“But I know we’ve already seen Conor, and that’s why I always say Conor. Because if you think about it, who’s won a round against Khabib? Conor. And who’s given Khabib a tough time … the first round, he took Conor down. But how much damage did Khabib give him? Conor was very very good there. So for me, I have to give it to Conor for that, but I haven’t seen Justin.”

The next was regarding the difference in Khabib’s camp now that his father and trainer Abdulmanap is no longer around (details). Mendez said the elder Nurmagomedov often backed him up on strategy, making it easier to keep Khabib from taking risks or straying from the gameplan. That gameplan obviously being: take opponent down, smesh, repeat as necessary.

“Khabib’s striking has been underrated from the get-go,” Mendez said. “Watch what he did with Conor, he stood the whole round on purpose. And did he win that round? Mmmm, probably not. Did he lose that round? Mmm, maybe not, maybe he won. It was that close. He does that to me all the time. And the thing I don’t feel comfortable about, is I like the easy route and I think he’s the best in the planet that has ever been at 155 on taking people to the ground and sticking on the ground. So I always like that. So he always scares the hell out of me when he likes to stand with people. I don’t like that.

“And I’m saying this because I hope it rings true to him to don’t stand with this guy,” he continued. “I don’t want that. It’s not an easy feeling knowing you have an easier route to victory and he chooses to go the harder route. With his father there he went strictly 100 percent the father’s plan. That’s the part that scares me a little.”