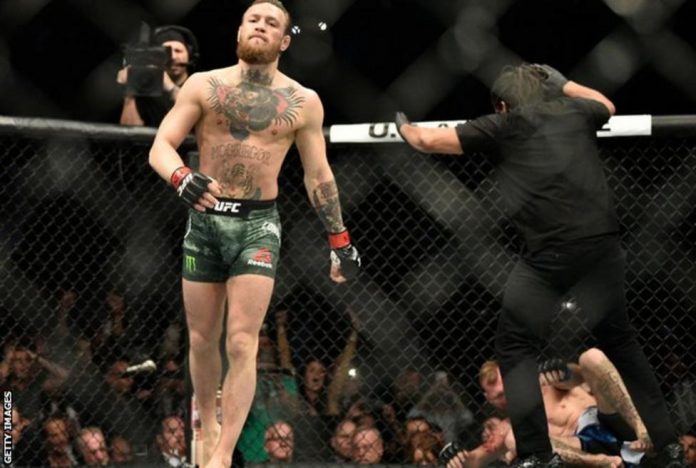 Conor McGregor says he has accepted a date to fight American Dustin Poirier in Texas next year.

The former two-weight UFC champion, 32, announced his retirement in June – for the third time in four years.

But he has been openly negotiating with UFC promoter Dana White about a return to the octagon and said in a tweet that the bout will be on 23 January.

“I accept, Jan 23rd is on!” he said. “My goal is to see this fight take place in Cowboy stadium. Proper style!”

McGregor said he wants the fight place to take place at the Dallas Cowboys’ AT&T Stadium stadium because of his relationship with owner Jerry Jones.

Poirier, 31, responded to McGregor’s tweet, saying: “Close to home for me on my birthday weekend! What weight?”

McGregor also suggested he would then fight boxer Manny Pacquiao.

The Irishman said last month he would come out of retirement for a boxing fight with 41-year-old Pacquiao in the Middle East.

McGregor’s last fight was a win over Donald Cerrone at UFC 246 in January, which gave him a 22-4 record in mixed martial arts.