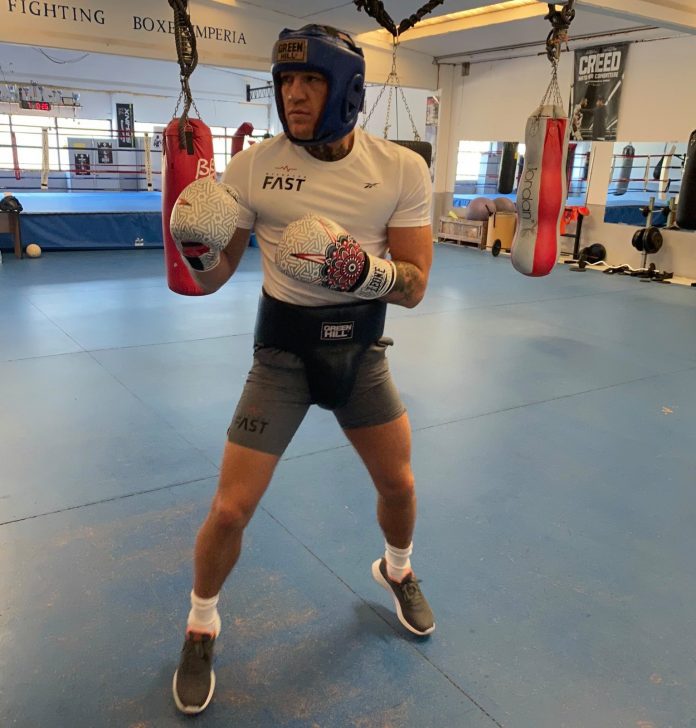 DANA WHITE has sensationally claimed Conor McGregor was trying to steal Israel Adesanya’s thunder with his “weird” behaviour ahead of UFC 253.

First of all, McGregor, 32, announced he wanted to take on boxing legend Manny Pacquiao in the ring.

Then he was embroiled in a blazing row with White himself, after the Irishman leaked their private messages.

The UFC chief called it “one of the dirtiest things you can do”.

And now, White has suggested McGregor‘s behaviour was purely a ploy to steal focus from Adesanya – and suggested he’s done it before.

White claimed: “This was a weird one. This was weirder and different than anything he’s done before.

“When we’re about to do a massive fight – and Israel Adesanya broke a ton of records last week in a global, massive fight…

“The day before that fight, he starts announcing he’s going to fight this guy and that guy.

“But he does it every time there’s a big fight.”

White previously claimed McGregor’s attitude has cost him a rematch with Khabib Nurmagomedov, having famously lost to the Russian in 2018.

He told Barstool Sports: “[Khabib] was gonna do it until Conor did all this s***.

“We were going to do The Ultimate Fighter on ESPN and f***ing do the rematch but Conor blew that.