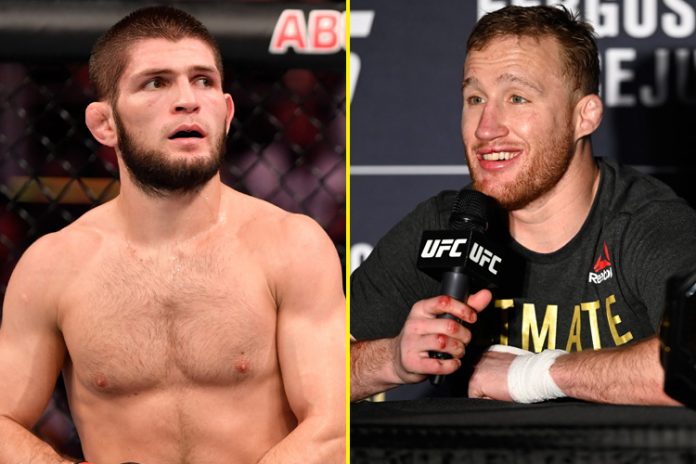 Khabib Nurmagomedov is unsure where his future lies ahead of his UFC 254 showdown against Justin Gaethje later this month, but has revealed Dana White has promised him ‘something special’.

The pair will go head-to-head in a behind-closed-doors clash at the Flash Forum in Abu Dhabi on October 24.

The legendary lightweight champion was due to defend his belt against Tony Ferguson at UFC 249, but was forced to pull out amid the problems surrounding coronavirus.

The Eagle last fought in September, beating Dustin Poirier at UFC 242, after nearly a year out following his controversial win over Conor McGregor in October 2018.

In his absence, Gaethje fought and beat Ferguson to set up a mouth watering clash with Khabib.

With Gaethje arguably the biggest challenge left for Khabib to face in the current lightweight division, question marks have been raised over whether the Russian will soon be calling it a day.

“I don’t know. For example, I’m going to finish Justin Gaethje inside the cage Oct. 24. What else? This is very good question.

“I love competition. I love to compete with the best fighters in the world. That’s why I am here. I’m not in the UFC to make money. I have a lot of business projects outside the UFC, I can make money. Good question. Very good question.”

“Dana told me after this fight, he has something special for me. But I told him, please keep this, after fight we’re going to talk. He say has very big things after this fight for me. We’ll see.”

UFC chief White recently admitted that McGregor’s recent social media tirade, where he leaked their private messages, cost him a chance of a big-money rematch with Khabib.

“[Khabib] was gonna do it until Conor did all this s**t,” White told Barstool Sports in an interview.

“We were going to do The Ultimate Fighter on ESPN and f***ing do the rematch but Conor blew that. Yeah, Khabib said ‘f*** him’. That was it.”

When quizzed on the possibility of facing the Irishman again, Khabib responded: “Right now, I’m focused on Justin Gaethje. I am focused on him. I don’t want to underestimate this guy.