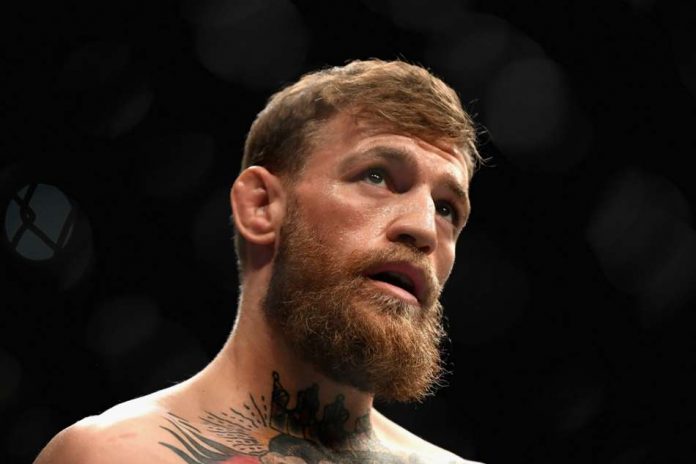 CONOR McGREGOR has sensationally claimed he is going to fight Manny Pacquiao in a boxing match in the Middle East.

The UFC legend – who lost to 50-0 king Floyd Mayweather in August 2017 – released a flurry of tweets on Friday night.

In them, he showed private Instagram messages to UFC boss Dana White.

McGregor – who recently showed off his extreme new look with a shaved head – was trying to arrange a return fight in MMA following his retirement announcement in June – his third in four years.

But the talks apparently fizzled out and McGregor – recently urged to return to the octagon by rival Justin Gaethje – later tweeted: “Anyway all water under the bridge who gives a fook. I’m boxing Manny Pacquiao next in the Middle East.”

“It will be a true honour to have faced two of the greatest boxers of the modern era, afraid of a fight.”

It is not clear exactly where McGregor, 32, and Filipino superstar Pacquiao, 41, would have their supposed fight – or if the Irishman was 100 per cent genuine in what he was saying.

Pacquiao, an eight-weight world champion widely regarded as one of the greatest fighters ever, most recently fought in July last year when he beat Keith Thurman in a WBA super world welterweight title defence.

But McGregor suggested just last month a fight between the pair was on when he tweeted “accepted” in Tagalog – the language of the Philippines.

His earlier tweets revealed that before coronavirus halted the sport, McGregor had been working on a second fight in 2020.

The Irishman said he felt “sad” about his inactive season and tried to deliver a headline event.

He added: “Then when covid hit and the talk was that I would have to wait for crowds again, I walked away from the situation.

“I was waiting long enough at that stage.”