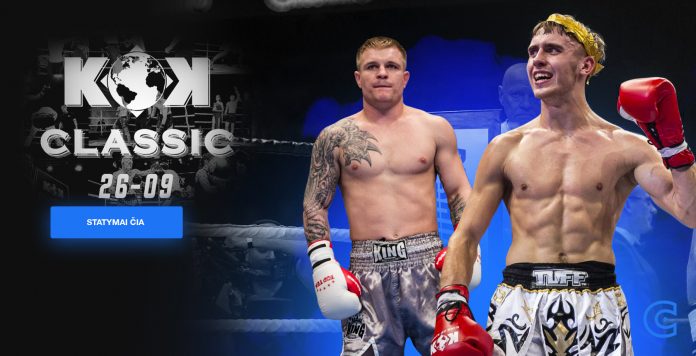 The amateur pedigree and greater professional experience of Petrauskas make him a big favorite with the oddsmakers. He’s currently  listed at 1.28 (-357 American Odds) to defeat Kamanin (3.30, +230) and remain unbeaten.

The odds are much closer for the match between Mindaugas Gedminas and Vytautas Balsys. Both boxers are listed at 1.85 (-118 American Odds) for their three-round match. Gedminas previously defeated Balsys by unanimous decision at an amateur boxing tournament held in Minsk, Belarus in June 2019.

The KOK Classic 3 event includes an MMA title fight. Lithuanians Sigismund Ramaska and Osvald Fedorovich clash for the MMA Bushido -71 kg Title. Ramaska, who has only tasted defeat once according to the Sherdog MMA database, is a comfortable favorite at 1.53 (-189) to prevail against countryman Fedorovich (2.35, +135).

CBet is accepting wagers for two kickboxing matches on the card. Young Lithuanian talents Matas Pultarazinskas and Dovydas Rimkus are favored in their bouts against Poles Lukas Leczycki and Filip Rzondek.

Pultarazinskas is currently listed at 1.60 (-167) to beat Leczycki (2.20, +120), who lost a boxing match to Petrauskas last month in Kaunas, Lithuania. Pultarazinskas is making his first KOK ring appearance of 2020 after recovering from an injury.

Saturday night’s event is being broadcast internationally on FightBox HD. KOK Fights is streaming the event live and worldwide. The event begins at 7 p.m. local time, which is 5 p.m. in London and twelve noon in New York City.

All bets are here: https://cbet.lt/sportas/KOK_Special_Summer_Edition