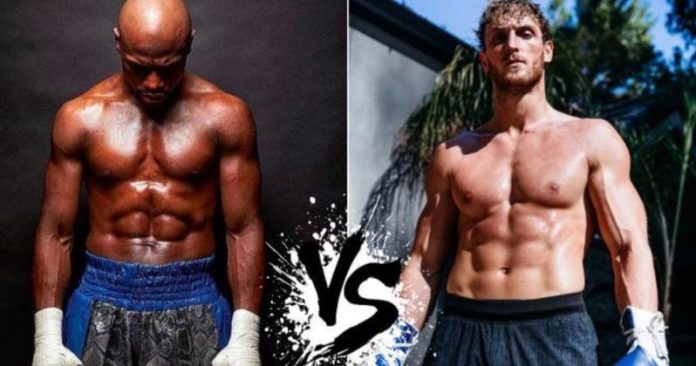 FLOYD MAYWEATHER will come out of retirement and fight YouTube star Logan Paul in an exhibition bout THIS year, according to sensational reports.

That victory took his career record to an unblemished, unparalleled 50-0.

But now sensational reports claim they have proof from a “reputable source” that Money has signed a contract to fight Paul.

The US star, 25, has only ONE professional fight under his belt – his famous loss to British fellow YouTuber KSI last year.

But now YouTuber Keemstar has taken to Twitter to reveal a “boxing insider” told him Paul would take on Mayweather.

Sharing the news with his 2.8million followers, Keemstar tweeted: “Mayweather vs Logan Paul this year! No joke…

“That’s [what a] boxing insider just told me..”

And Keemstar’s claim was backed up by The Fighting News‘ Mike Feinberg – who claimed he’d seen the contract signed by Mayweather to fight Paul.

Feinberg claimed: “I’ve got some breaking news for you.

“Floyd Mayweather Jr is coming out of retirement and has just officially signed a contract to fight in an exhibition match against Logan Paul.

“I don’t understand the fight. Logan Paul has tried his hand at professional boxing against the other nobody [that] nobody’s ever heard of before.

“[Paul’s] now 0-1 and he’s going to be fighting one of the best in Floyd Mayweather.

“It’s going to be a joke of a fight, but it’s signed. It’s official.

“I heard it from a reputable source today and even saw the signed picture of the signed contract.

“Floyd signed on the dotted line for this exhibition match.”

Mayweather last took to the ring for an exhibition fight with Japanese kickboxer Tenshin Nasukawa in 2018 – which resulted in the most simple of wins for the Las Vegas star.

Money has beaten the likes of Manny Pacquiao and Canelo Alvarez during his illustrious career – earning him a cool £2.4BILLION from PPVs alone.

On the other hand, Paul has fought just twice, both against KSI and only one of those professionally, which ended in defeat.

The American YouTuber had been tipped with an immediate switch to MMA.

However, immediately after his KSI loss, Paul called out Mayweather.