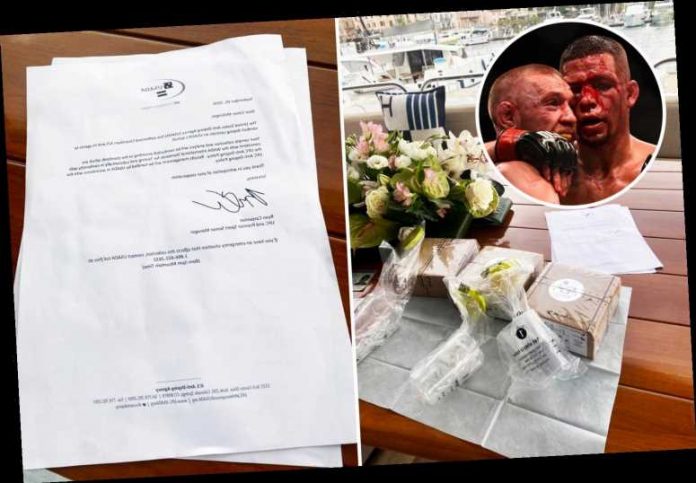 CONOR McGREGOR was visited by anti-drug testers on a luxury yacht while sailing the Mediterranean – despite pleading that he is retired.

McGregor, 32, is currently holidaying in French island Corsica with his fiancee Dee Devlin and two children, Conor Jr, three and Croia, one.

But he was given a rude awakening after the UFC’s drug testing team, United States Anti-Doping Agency (USADA), arrived to take a random sample from the Irishman.

McGregor, who hung up the gloves in June, tweeted: “What’s going on here @ufc?

“USADA have just arrived to my yacht this morning for testing? I’ve retired guys!

“But go on then, I’ll allow them test me. It’s all natural here baby!

Cejudo later vacated his bantamweight belt and was wiped from the UFC rankings.