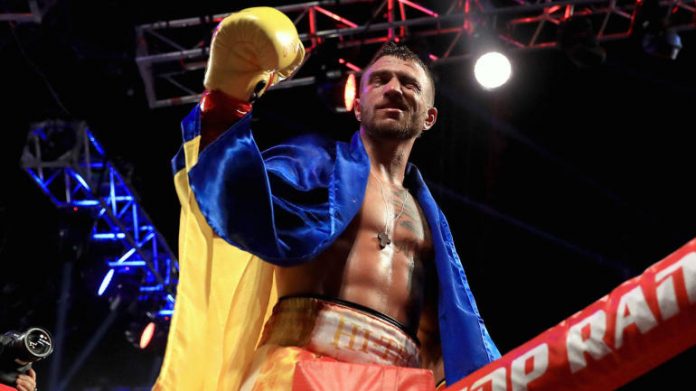 One of the most-highly anticipated fights in boxing is now official for Saturday, Oct. 17 as WBA and WBO champion Vasiliy Lomachenko and IBF champion Teofimo Lopez will battle in a lightweight unification bout. The fight has long been planned but was delayed as a result of the COVID-19 pandemic. The contracts are now signed, though, and the bout is set to go down at MGM Grand Hotel and Casino in Las Vegas. After tweeting Monday that the fighters had signed the deal, Top Rank made the official announcement on Tuesday.

Lomachenko vs. Lopez is the biggest fight to be made official during the pandemic, and Top Rank was able to put it all together to air on ESPN rather than pay-per-view as many expected.

“Lomachenko-Lopez is the best fight that can be made in boxing, and we are delighted that it will be available to fans for no extra charge live on ESPN,” Top Rank chairman Bob Arum stated in a press release. “Teofimo and Vasiliy demanded the fight, and we are glad we could make it happen. Vasiliy has never backed down from a challenge since he turned pro under the Top Rank banner, and Teofimo is a fearless young champion daring to be great. This has all the makings of a modern boxing classic.”

Lopez (15-0, 12 KO) and Lomachenko (14-1, 10 KO) have a long history, with Lopez’s father taunting Lomachenko for years and predicting a dominant win for his son over one of the best fighters in the sport.

“I will beat up Lomachenko and take his belts,” Lopez stated in the press release. “Simple as that. I’m coming to Las Vegas to make history. I don’t like the guy, and I’m going to have fun as Lomachenko’s face is beaten and marked up by my hands. The Takeover is here, and the reign of Lomachenko, the little diva, is coming to an end.”

Lomachenko’s response to Lopez’s trash talk was swift and to the point.

“Teofimo Lopez can talk all he wants. He’s very good at talking. He has done nothing but say my name for the past two years. I am a fighter, and my goal is to win another world title. Good for Teofimo. When we fight in Las Vegas, he will eat my punches and his words. I will be the better man, and four world titles will come home with me to Ukraine.”