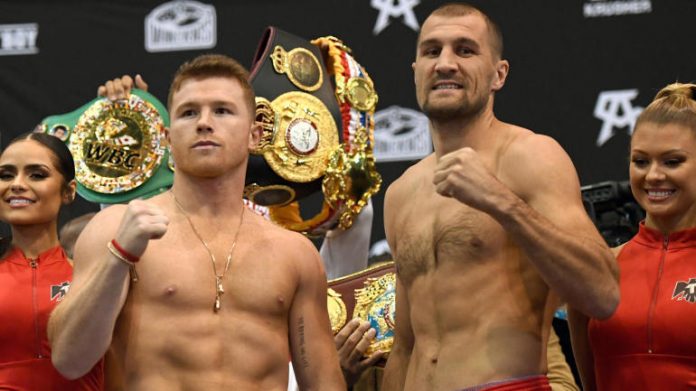 In October 2018, the boxing landscape changed significantly. HBO had decided to get out of the boxing game after being its biggest player for decades, and upstart streaming service DAZN swooped in to sign the sport’s biggest star, Saul “Canelo” Alvarez, for $365 million over five years. Less than two years later, Alvarez has sued DAZN — among others — and the deal stands out as another example of the myriad ways boxing can’t get out of its own way.

Alvarez’s deal called for 10 fights over five years, but he has only fought three times over the first 23 months. A planned spring bout with Billy Joe Saunders was tanked by the COVID-19 pandemic, but a fall or winter return has seemed less likely over recent months as various opponents have been floated only to see a deal never hit the table.

A report by The Athletic stated the crux of the issue was DAZN and Alvarez promoter Golden Boy not agreeing on what constitutes a “premier opponent.” That ambiguous term was to be defined by DAZN on a case-by-case basis, with Alvarez and Golden Boy obligated to deliver at least one such fight annually. Now, DAZN has claimed that Alvarez’s previous bouts did not fit the criteria — largely a product of its desire to stream the third fight between Alvarez and their other big signing, Gennadiy Golovkin — and refused to pay $35 million for his next fight, offering roughly half the expected base pay. This has led to lawsuits from Canelo to DAZN, Golden Boy and Golden Boy CEO Oscar De La Hoya.

Canelo has been tied at various points in 2020 to fights with Sergiy Derevyanchenko, Jason Quigley, John Ryder, Callum Smith and Billy Joe Saunders, none of which materialized and none of which met the suddenly-strict DAZN rules for “premier” opposition.

Networks and streaming services have long tried using boxing as a programming staple with diminishing returns. Mixed martial arts — or, more specifically, the UFC — have been cutting into boxing’s interest for years, and it’s not hard to understand why. Boxing’s biggest stars were relegated to top-heavy and increasingly expensive pay-per-view cards that lacked a true “bang for your buck” feeling as longtime fans yearned for the days of Don King promoted PPV cards featuring meaningful action from top to bottom. With an aggressive UFC schedule that puts an event on nearly every weekend and with meaningful action up and down the card, boxing’s various promoters failing to change their approach to the game has clearly done damage to the sport.

This becomes especially true as you work through the reasons many of the sport’s biggest or most interesting fights don’t happen. Promoters are often reluctant to work together to make big fights happen. This leads to situations such as Terence Crawford being kept away from a fight with Errol Spence Jr. because Spence is a part of the deep Premier Boxing Champions staple of welterweights while Crawford is aligned with Top Rank.

There are problems heaped on problems for the sport. The situation with DAZN and Alvarez stands out as a perfect example of many of them. Throwing incredible amounts of money at a boxer and promoter and hoping they’ll boost your network or streaming service simply doesn’t make sense in the sport’s modern era. And, as a boxer, taking a deal that hinges on “premier” opponents in an era where true superstars are a rare commodity means such a deal was probably always too good to be true. Retroactively stating fights with Daniel Jacobs and Sergey Kovalev in 2019 didn’t fit the bill seems to be contractual gamesmanship by the DAZN higher ups, which has the feel of the service experiencing significant buyer’s remorse. The menu of potential Alvarez opponents is no better or worse than it was two years ago, the “big names” just don’t exist outside of Golovkin and DAZN knows this.

That’s not to say everything is bad in Boxing Land. The heavyweight division has seen a resurgence in recent years, with Tyson Fury and Deontay Wilder establishing a high-profile rivalry and Anthony Joshua as a superstar waiting for a chance to unify all four recognized world titles. The upcoming Showtime boxing pay-per-view featuring the Charlo twins does have that aforementioned “Don King feel,” with four title fights taking place over the course of the event. And Top Rank not only made the lightweight championship unification bout between Vasiliy Lomachenko and Teofimo Lopez, but put it on ESPN rather than behind any sort of pay wall.

How much those involved with boxing — from networks to promoters to fighters — learn lessons from the disasters and successes of 2020 will define the future of the sport. There has never been a shortage of places to turn to air fights, but the huge money deals — and fan interest — could be drying up for good if the future is more Alvarez and DAZN than Lomachenko/Lopez on ESPN.