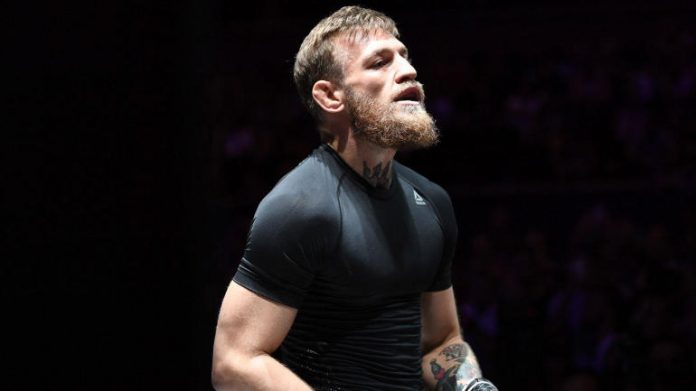 Just one day after Conor McGregor tweeted about being drug tested by USADA while on vacation, the mixed martial arts superstar was detained for alleged attempted sexual assault. The incident took place on Sept. 10, according to a statement sent by a court officer from Corsica to the Agence France-Presse, though one of his representatives claims McGregor was interviewed and released.

“Following a complaint filed on September 10 denouncing acts that could be described as attempted sexual assault and sexual exhibition, Mr. Conor Anthony Mac Gregor [sic] was the subject of a hearing by the gendarmerie services,” the prosecutor’s office wrote.

A McGregor representative denied that McGregor was in any trouble stemming from the incident in Corsica. “Conor Mcgregor vigorously denies any accusations of misconduct. He has been interviewed and released,” said the statement as provided to TMZ.

McGregor has been tweeting photos of a vacation through the Mediterranean on his yacht. On Sept. 11, he shared that USADA officials had arrived to drug test him while on the boat.

Since becoming a major star for UFC and capturing both the featherweight and lightweight championships with the company, McGregor’s had multiple run-ins with the law. In April 2018, he was arrested after throwing an equipment dolly into a bus holding many fighters during UFC 223 media day, an attack meant as retaliation after a confrontation with Khabib Nurmagomedov. In March 2019, McGregor was arrested for strong-armed robbery after smashing a fan’s phone in Miami before the accuser stated he had been “made whole” by McGregor.

In August 2019, McGregor was charged with assault after punching an elderly man in a Dublin, Ireland, pub after the man refused a shot of alcohol from McGregor. In November, he pleaded guilty to the charges and was ordered to pay a fine. Also in November, the New York Times reported McGregor was being under investigation after multiple allegations of sexual assault.

McGregor returned to the cage in January for the first time since 2018, knocking out Donald Cerrone at UFC 246. He had previously announced his retirement from the sport in March 2019. Despite claiming he would fight three times in 2020, McGregor again announced a retirement from competition in June.