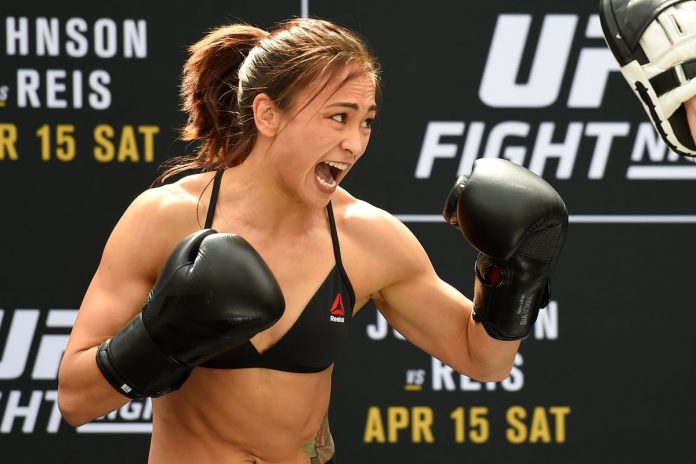 Before we dive into the main and co-main events, be sure to check out the complete UFC Vegas 10 preliminary card breakdown, expertly deconstructed by the jet-setting Patrick Stumberg here and here. Fighter-turned-writer-turned-fighter again, Andrew Richardson, did most of the heavy lifting for the rest of the main card right here. For the latest “Waterson vs. Hill” odds and betting lines click here.

It can be challenging to look at the career of Michelle Waterson and draw anything conclusive — good or bad — about what she’s done in nine trips to the Octagon. One thing we can say for certain is that she’s never been able to rise to the occasion, dropping high-profile fights against the likes of ex-champions Rose Namajunas and Joanna Jedrzejczyk, just to name a few. You can argue that Waterson, who is halfway to her 35th birthday, is a natural atomweight after proving her mettle at 105 pounds under the Invicta FC banner and may be competing at a marked disadvantage against some of the bigger, stronger strawweights. If you asked me what her biggest win to date was, I’m not sure I could give you a clearcut answer. Paige VanZant? Karolina Kowalkiewicz? I also can’t explain why a prolific finisher like “Karate Hottie” has gone to a decision in her last six contests. I suppose the only thing that really matters for this latest appearance is whether or not Waterson can outperform the resurgent Angela Hill on fight night.

It’s hard to not like what Hill has done thus far in MMA. She entered Season 20 of The Ultimate Fighter (TUF) with just one professional fight at a time when Waterson was already Invicta champ. “Overkill” was summarily bounced from the competition, brought back to help populate an anemic division, then cut after failing to perform. Undaunted, Hill racked up a bunch of regional wins before earning a second shot at UFC stardom where she’s now won three of her last four (or four straight, depending on how you scored her Claudia Gadelha fight). Like Waterson, Hill has struggled to stay consistent over the years so it’s hard to know whether these last two years are part of a run at the title or just one of many hot streaks that will soon end with a couple of disappointing losses. At age 35, there’s not much room for another do-over. I’m also not gonna break out the bubbly to celebrate her level of competition, which outside of Gadelha, continues to underwhelm.

I do like the contrasting styles in this matchup. Waterson has smooth striking with a black belt in American freestyle karate against the rough-and-tumble Muay Thai skills of Hill, who displays an aggressive, fan-friendly offense in most fights. I think the “Overkill” team has to be particularly weary of Waterson’s ground game, which has been good enough for nine submission victories. If “Karate Hottie” implements an intelligent gameplan that prioritizes winning over entertainment, this is her fight to lose. She’s more polished in every discipline and has faced much tougher competition. My only reservation is all that “Mom Champ” crap she’s peddling on social media. If Waterson is content with being a fitness instructor on Instagram and just wants to fight to scratch that competitive itch, she’s going to get knocked out by Hill, a hungry striker who still treats every bout like it’s life-or-death.