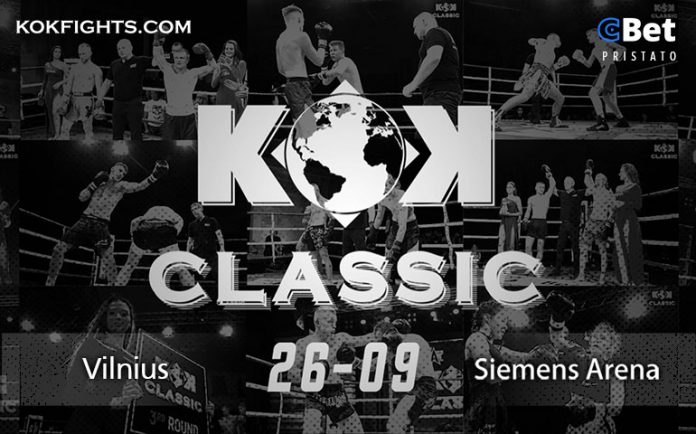 After a series of postponements caused by the coronavirus pandemic, the King of Kings promotion (KOK) is returning to the Siemens Arena on 26 September.

The arena, located in the Lithuanian capital of Vilnius, regularly plays host to some of the largest audiences for martial arts events in Europe. Crowds in the neighborhood of 10,000 fans attend to watch events featuring KOK Rules Kickboxing, MMA Bushido, and Dream Boxing matches.

The crowd will be noticeably smaller for September’s event, the KOK Classic 3. In compliance with Lithuanian government guidelines, spectators will be seated 1 meter apart from each other. Face coverings are also mandatory for fans.

Some of Lithuania’s rising talents will be in action.

More fight announcements are expected in the coming weeks. The KOK Classic 3 will be televised in over 60 countries on FightBox HD, and streams live and worldwide on KOK Fights TV.