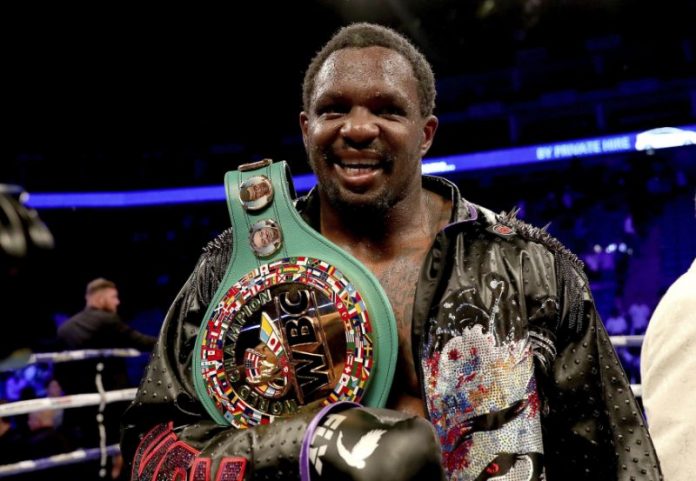 At worst, Dillian Whyte is the fourth-best heavyweight in the world. He’s racked up a 27-1 record with 18 KOs, and his résumé includes more top names than just about any other man in his weight class.

He is sitting in prime position to fight the winner of the planned, but as of yet still unscheduled, WBC heavyweight title fight between champion Tyson Fury and former champion Deontay Wilder.

Whyte is, in many ways, what is right about boxing. He’s going to fight Alexander Povetkin on Saturday in Brentwood, England, in the main event of Eddie Hearn’s Fight Camp series that will be streamed on DAZN.

Even though Povetkin, the 2004 Olympic super heavyweight gold medalist, is now 40 and has seen better days, he remains a dangerous opponent, particularly for someone like Whyte, who could face either Fury or Wilder early next year.

“The story of my life is pressure,” Whyte said. “I’ve been under pressure my entire life. This is just another puzzle. There is more pressure because of the future, but that’s in the future. I’m fighting a consummate professional, so I’m not bothered about Tyson Fury [at this point]. I’m bothered about Povetkin. Povetkin is the most technical fighter I’ve fought.”

Whyte is the WBC interim champion, which is one of those confusing things that makes boxing the sport it is. Fury won the WBC title in February by stopping Wilder in the seventh round of their ballyhooed fight in Las Vegas.

But what makes things worse for Whyte is that Fury and Anthony Joshua have spoken about fighting each other if Fury beats Wilder and Joshua beats Kubrat Pulev.

The WBC would order the Fury-Wilder winner to fight Whyte next if Whyte beats Povetkin. But that would leave the winner of Fury-Wilder to consider which fight would be more lucrative, a bout with Whyte or Joshua.

It’s not a stretch to think that the eventual WBC champion would drop the belt and fight Joshua instead of Whyte. That would elevate Whyte to full champion status, but that elevation would come with no money.

Whyte admits the situation is crazy, but he’s been around long enough to understand that the only thing that matters in times like these is winning. So he insists he has no concerns other than being able to take down Povetkin.

Povetkin is an elite boxer with a powerful jab, but Whyte wants to turn the bout into a Pier 6 brawl.

“I’m ready for chaos and violence,” said Whyte, whose only loss was in 2015 to Joshua. “I am focused on Povetkin, and I will try to hurt him from the first bell. It will be war. That’s what he does. The great thing is that we both do similar things. It’s up to me to do things to make the fight in my favor, and I am capable of that. He is more experienced, but I know how to fight, which isn’t something anyone can teach.”

Hearn praised Whyte for his conditioning and agreed with him on the style of the fight.

He said he’d be shocked by anything other than a scintillating match, given their styles.

“[Povetkin] is a machine and he is programmed to destroy,” Hearn said. “He will do everything in his power to do that. There is no quit in him, no backing down. If the machine gets broken down, you can’t conduct the task. That’s what Whyte will do.”

A Whyte victory would not only put him into an enviable position in the big picture in the division, it also may wind up making him a more familiar face. This is a guy who has beaten Dereck Chisora twice as well as Joseph Parker, Lucas Browne, Oscar Rivas, Mariusz Wach and Robert Helenius.

He’s a colorful, fascinating guy who has managed to stay under the radar in large part because he’s only once fought outside of England and never in the U.S.

But if he beats Povetkin and lands one of the Big Three next year, he has the chance to turn that group into the Big Four.