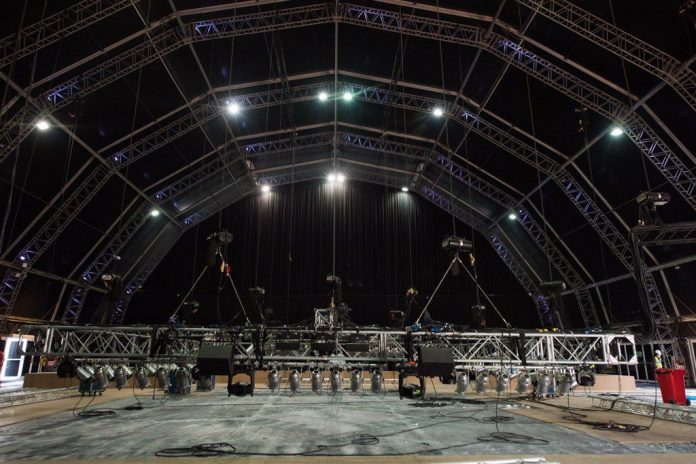 Dana White once again proves his mettle with Fight Island

On April 6, with America locked down due to the coronavirus, Dana White went on ESPN to promote the UFC’s proposed April 18 card. Critics were howling that White was even attempting to stage a pay-per-view at that time. (Indeed, it would eventually be postponed at the request of ESPN).

White was undeterred. He swore the UFC could and would do it safely. He was full of the bombast and stubbornness that helped build an outlaw operation into a multibillion-dollar global behemoth.

He said it would take place at an undisclosed location in the United States. And if not …

“I’ve also secured an island,” White said then. “I’ve got an island.”

Reporter Brett Okamoto couldn’t help but let out a laugh. Everyone watching did the same. An island? Dana White has secured an island? Of course. Of course, he did. That’s one way around visa issues and pesky regulators.

No one knew if White was serious. What kind of island? Would they set an Octagon up on a beach or in the middle of the jungle? Memes and jokes flew. It was quickly dubbed “Fight Island.”

A natural promoter, White leaned into it and let the speculation run wild. He provided few details. He even took on the name. If the public was calling it “Fight Island,” then Fight Island it would be called. He refused to release any details in the coming weeks, only claiming that the “infrastructure” was being built and that it wasn’t, despite one internet rumor, Jeffrey Epstein’s old place.

On Saturday night (in America), White will stage a loaded and highly anticipated UFC 251 from “Fight Island,” a man-made plot in the Persian Gulf belonging to the United Arab Emirates.

No fans will be in attendance, so the preliminary card will kick off at 2 a.m. Sunday morning local time, allowing the pay-per-view to begin at its traditional 10 p.m. ET on Saturday in North America.

This is, without question, a major victory for White and the UFC, which has proven over the course of the last few months very capable of staging fights with little negative impact. Getting Fight Island going just takes it to another level.

That’s true even if this isn’t some remote speck in the Pacific, and the cage will be inside a heavily air-conditioned stadium, not on the edge of the beach (although there is a promotional one out there).

Fight island is actually Yas Island, near Abu Dhabi. It is anything but primitive. Construction of the island began in 2006 and it is now home to motorsports and waterparks and luxury hotels. There’s a huge mall with the world’s largest IKEA. There’s a championship golf course. Beyoncé has performed there.

If there is an island to be stranded upon, you could do a lot worse.

By going international, the UFC can operate outside of American sanctioning bodies and state governments, all while tapping into its deep pool of fighters from around the world who might not be able to come to the States right now.

Three more fight cards will be held in July at Fight Island, and if lockdowns return to the United States, then everything will move to the island. The UFC has been holding cards in the UAE for a decade, but White said now he is going to look into buying a house or condo there.

“They just shut down Las Vegas again, all the bars just got shut down again,” White said Friday. “We are back on Phase 1. California shut some stuff. I don’t see anytime soon we are going to be flying people in from all over the world to the United States. We are going to be [staging fights here, as well as the States] easily into next year.”

It seems ideal. The 10-square mile “Safe Zone” on the island might be the most secure place on Earth from the virus. Both in plans and in firsthand accounts from those who are there, the protocols are significant and strictly adhered to.