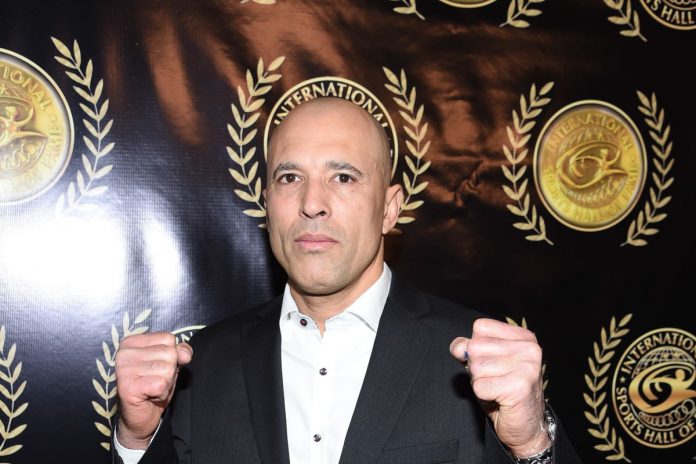 The Gracie family’s connections to law enforcement in the US aren’t exactly new, but they just became a lot more official. Official Gracie BJJ websites offer whole sections on training for law enforcement, including online courses, certification, and other tools to help create and maintain a relationship between law enforcement officers and the Gracie brand of Brazilian Jiu-Jitsu.

So perhaps it’s only natural that one of the Gracie clan’s most notable representatives, former 3x UFC tournament champion and hall of famer Royce Gracie, would take the next step and actually join the force. Well, more or less. The Idaho State Journal reports that Royce Gracie, along with longtime TV and film actor Dean Cain (of Lois & Clark: The New Adventures of Superman fame), have both been officially sworn in as reserve officers for the Pocatello Police Department.

While Gracie still resides in Los Angeles, he and Cain earned their badges through the Crimes Against Children Foundation (CACF). The program officially helped swear in its first representative in March of this year—and counts actor Erik Estrada among its ranks (who was sworn in as a Pocatello reserve officer in 2016). The CACF states that their focus is on preventing cyber crime against children, as well as fighting human trafficking and involvement in community education. A statement on their website reads:

“C.A.C.F. joins forces with communities to provide support to local police departments and schools; to provide more training and resources. Additional contributions include donation and installation of door locks to prevent active shooters in schools and adoption and training of department K9.”

In a statement to the Idaho State Journal, Gracie explained his own reasons for becoming a reserve officer and how he hopes to make use of his new position.

“I love to help the police officers whenever I can,” Gracie said. “At home in LA, when I leave the house I surely hope the police know what they are doing so if I can help them out in any way, I will.”

Gracie also spoke a little bit about the current climate of hostility between police officers and citizens in many major cities around the United States, following the recent murder of George Floyd by an officer in Minneapolis. Gracie urged that people should place their trust in the police and that the actions of a few aren’t representative of policing in general.

“What I heard from the chief today, these guys are heading in the right direction. But they have been doing it right in this area for a long time already. This is not something new for them. Because one officer screws up doesn’t mean that all of them are bad. We are all humans. We have to have trust in the system.”