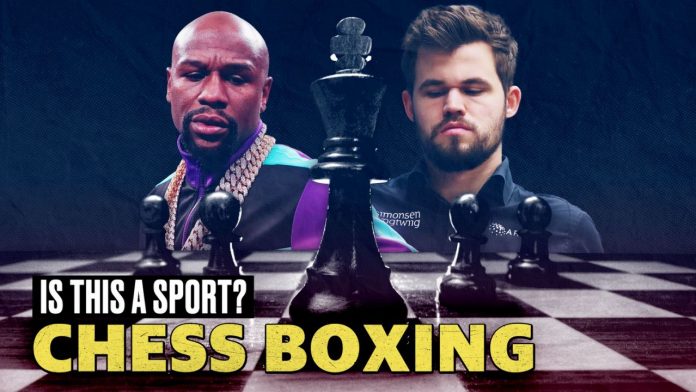 Is this a sport? Take a look at the brains and brawn of chess boxing

There are the sports everyone undoubtedly knows – football, baseball, basketball – but then there are the ones that make viewers question what they are watching. “Wacky sports” are on the rise, lifted by the mainstream attention of ESPN 8: The Ocho and the trademark weirdness that social media craves. While some of these “sports” are deeply ingrained in forgotten cultures, others are spectacles with the sole purpose of pushing boundaries — the type of absurd human activities you find in the darkest YouTube rabbit holes.

And so, we begin a discussion of outside-the-box competitions with the aim of categorizing each one: Real sport or just a weird activity? In our first review, we will look at a competition that combines brain and brawn: chess boxing.

What is chess boxing?

Chess boxing is exactly what you’d expect given its name. A match consists of 11 alternating three-minute rounds of chess and boxing, starting with chess. A victory occurs by checkmate, knockout, or if an opponent’s nine-minute chess timer runs out.

Competitors must go through vigorous physical and mental preparation that allows them to be proficient in two completely different disciplines. They are required to have a high degree of expertise in both chess and boxing. Not to mention, maintaining an effective chess strategy after taking blows to the head isn’t an easy task.

Is chess a sport?

There’s no argument boxing is a sport. But what about chess? While matches may provide intense competitions, it’s missing the physical element of sports, right?

Maybe not. Robert Sapolsky’s Stanford University study claims a chess player can burn 6,000 calories a day playing in a lengthy tournament. Explanations include an elevated heart rate and dehydration. Sounds intense for staring at game pieces all day.

Although there’s no doubt chess grandmasters need to be in top physical shape, don’t anticipate chess becoming the latest workout fad. These numbers only pertain to top competitors who play fiercely over a full day. An hour of casual play burns closer to 280 calories. By comparison, one can burn 150 calories watching an hour of TV.

The International Olympic Committee recognized chess as a sport, but not an “Olympic Sport,” admitting that chess has sport-like qualities, but not enough to be recognized as a real sport. So what does that make chess boxing?

What would happen if the top competitor in their respective fields faced off? Like say Yahoo Sports’ 2010s fighter of the decade, Floyd Mayweather Jr., versus Magnus Carlsen, the undisputed World Chess Champion.

This matchup is hypothetical, but the intrigue and strategy could elevate chess boxing from game to sport. How would each competitor wield strengths and shield weaknesses to excel at such different tasks?

For argument’s sake, let’s assume both competitors had three months to train for the match. While Mayweather technically retired from boxing and Carlsen, 29, is in good physical shape, there’s no chance the chess grandmaster would last one round in the ring with “Money” Mayweather. Just ask undefeated kickboxer Tenshin Nasukawa how he fared.

Fortunately for Carlsen, the game begins with chess. If Carlsen were to checkmate Mayweather in under three minutes, he would be victorious, having never put on gloves against the boxing legend.

Mayweather, perhaps satirically, claims he is an avid chess player and says that helps him in the ring, but there is no reliable evidence of his skill. Therefore, we have to look at how Carlsen played against another chess amateur.

In 2014, Carlsen defeated Microsoft CEO Bill Gates in nine moves. Gates had a 90-second timer, so the quick pace may have caused errors he usually would not have made, but it shows the level at which Carlsen is operating.