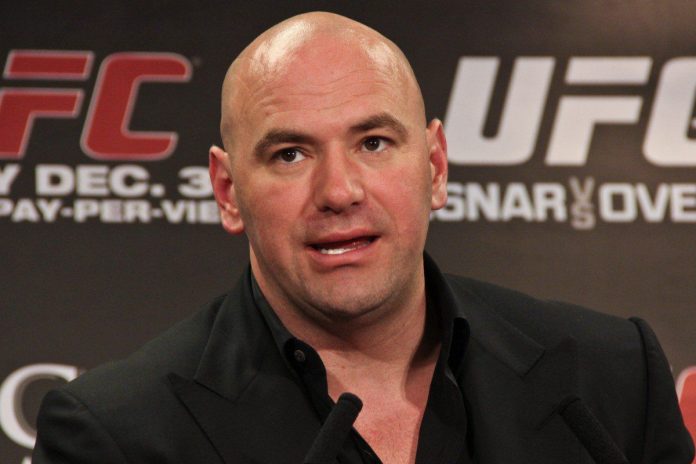 The UFC president reignited the war of words between the American fight promoters on Talk the Talk featuring Eddie Hearn and Tony Bellew.

De La Hoya upset White with his disparaging remarks during the build-up to Floyd Mayweather vs Conor McGregor in 2017, actively encouraging fans not to buy the pay-per-view event.

While White and Arum have long resented each other, though the legendary Top Rank boss intensified their feud most recently by admitting he has “very little respect” for White, as well as labelling him a “cowboy” for promoting UFC events during the coronavirus pandemic.

The show included a discussion on the contrast between promoting in the UK and the United States before White bluntly outlined the differences between the Matchroom boss and his American rivals.

“You’re not a f****** douchebag. That’s the difference between you and them,” White told Hearn on Talk the Talk featuring Eddie Hearn and Tony Bellew.

“You’re actually a smart guy that’s built a business and can look at another guy’s business and appreciate it and say ‘look at what this guy’s built’. Those two don’t have that ability.