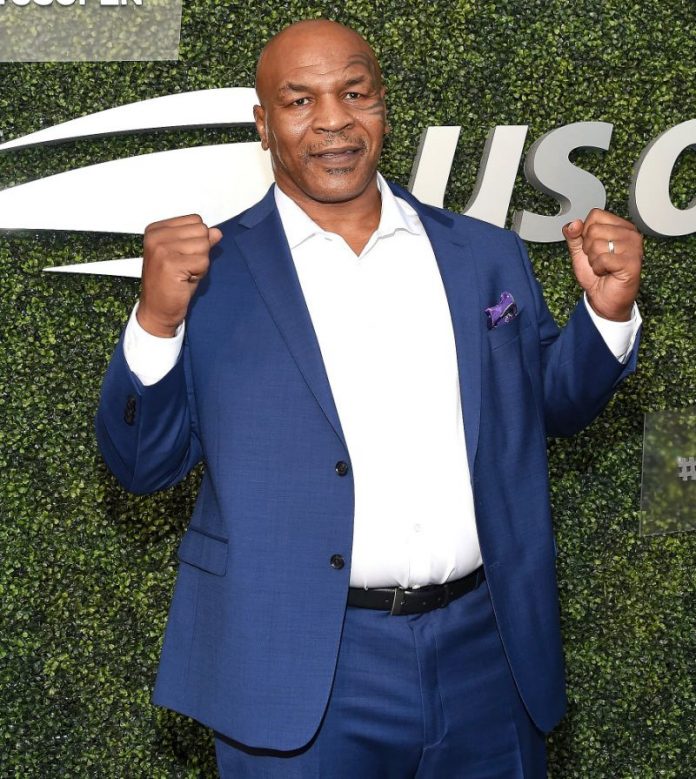 Mike Tyson may be coming out of retirement for a hefty paycheck.

Earlier this month, Bare Knuckle Fighting Championship offered the 53-year-old former world heavyweight champion a whopping $20 million to compete in a single fight for the organization. And now, BKFC President David Feldman tells MMA Fighting that the company is planning on upping the number while offering Tyson a slew of new incentives, including charitable donations.

“I think I know what we need to do to make this thing happen,” Feldman told the outlet, adding that the exact value of the contract was still being finalized.

“We’re not successful yet in making that Mike thing happen. But I don’t think the door’s shut,” Feldman added. “He did say no immediately. But I think there’s room there.”

Tyson began his career in 1985 and ended it in 2005 with a record of 50 wins, six losses and two no contests. Forty-four of his wins came by knockout.

The boxing legend hasn’t fought in a match since then. He first noted his desire to compete again in a potential charity match during a conversation with rapper T.I. on Instagram Live earlier this month.

“I’ve been working out, I’ve been trying to get in the ring. I think I’m going to box some exhibitions and get in shape,” Tyson told T.I., according to Yahoo Sports. “I want to go to the gym and get in shape to be able to box three- or four-round exhibitions for some charities and stuff.”

He has kept up on his training, sharing videos of his workouts on social media.

“Anything is possible when you are smart about it,” Tyson wrote in the caption of a video on Instagram on May 11. “Train Smart. Recover Smarter.”

Offers from promoters have followed suit, with BKFC topping the list so far.

Potential challengers including New Zealand rugby star Sonny Bill Williams and UFC Hall of Famers Tito Ortiz and Ken Shamrock have tossed their hat into the ring for their chance to fight Tyson, CBS Sports and TMZ Sports reported.

Former rival Evander Holyfield has also raised his hand. Tyson was famously disqualified when he bit a portion of Holyfield’s ear off in 1997.

“I wouldn’t ask nobody to do anything they don’t want to do,” Holyfield told Sky Sports of a potential rematch with Tyson. “But it’s for charity. If we can work something out that works for everybody, then it’s a win-win-win.”

But Feldman said he’s not worried about finding a competitor right now.

“First, I want to see if we can make the Mike thing happen, period, and then we’ll start talking opponents,” Feldman told MMA Fighting, adding that MMA legend Wanderlei Silva was also on the list.

RELATED: Mike Tyson: ‘I Want to Live a Positive Life’

As for Tyson, he’s still mulling his options over, he said on Young Money Radio over the weekend.

“We got so many guys that want to do this,” Tyson explained. “We’re in calls, we’re doing business with guys you ain’t even going to believe the names when the names come out.”

“I’m just getting ready to help some people less fortunate,” he added.

Back in March, Tyson opened up about the emotional struggles he’s coped with since leaving the sport that made him a global celebrity.

“That’s the reason why I’m crying, ’cause I’m not that person no more. And I miss him,” he tearfully added. “Now those days are gone. It’s empty. I’m nothing.”