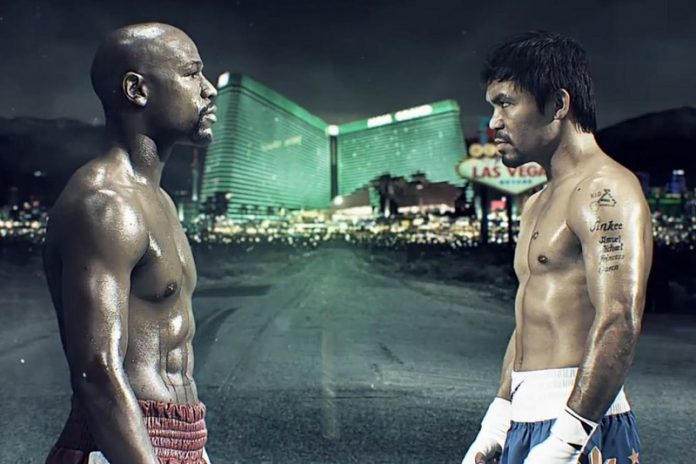 Following up on Floyd Mayweather’s admission that Manny Pacquiao would overtake his mark of 23 world champions beaten, WBN decided to crunch the numbers.

Going through both records with a fine-tooth comb, it seems Mayweather has counted his two victories over Jose Luis Castillo and Marcos Maidana.

The actual number of world champions defeated by Mayweather is 21. The total reaches 23 if you add the rematch wins.

Pacquiao, on the other hand, has 22 victories over recognized title holders. That number stretches to 25 with second triumphs, 26 if you count Tim

Therefore, the Filipino Senator holds the record all on his own. A blow to Mayweather, who obviously wanted to hold on to it a little longer.

Below is a list compiled of all the belt holders who the two rivals have overcome.

Unless Floyd Mayweather comes out of retirement at the age of 43, the record stays with Manny Pacquiao.