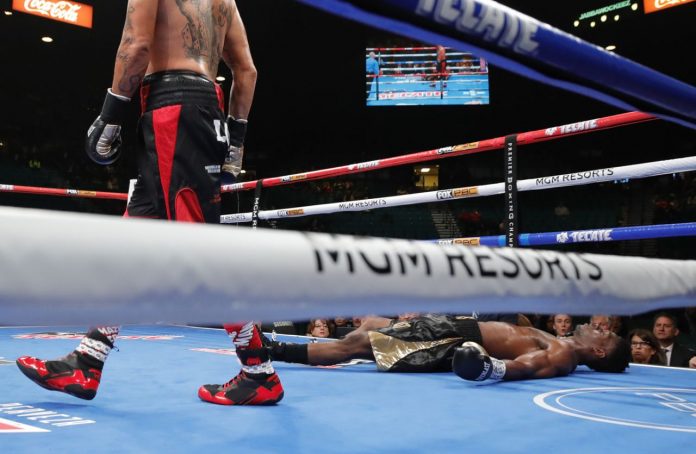 Just like the UFC, boxing is ready to resume action amid the COVID-19 pandemic.

Top Rank rounder promoter Bob Arum announced Thursday that he will stage a five-fight card on June 9 at the MGM Grand in Las Vegas, according to the Associated Press. He’ll then hold a second fight card two nights later.

No fans or media will be allowed at either card, and everyone involved will be tested for the coronavirus at least twice during fight week.

Arum’s fights — along with UFC 250 that UFC president Dana White hopes to hold on May 30 — are still pending approval by the Nevada Athletic Commission.

Arum also still needs the MGM Grand and other hotels in Las Vegas to be allowed to reopen, something that is expected to happen early next month.

“Once we get those fights in and UFC gets its initial fights in, both of us will ask for additional dates,” Arum said, via the Associated Press. “The key was getting enough testing, and we’ve got plenty of testing in Nevada to hold our events.”

Arum didn’t say who would be fighting on June 9, instead saying that ESPN will announce the bouts officially after they’re approved.

There were more than 1.5 million confirmed cases of the coronavirus in the United States as of Thursday night, according to The New York Times, and nearly 95,000 deaths attributed to it. Nevada had more than 7,300 confirmed cases, the overwhelming majority of which were in the Las Vegas area.

Arum, per the Associated Press, will have a strict safety protocol in place for the fight cards.

Fighters and cornermen will be tested upon arrival in Las Vegas, he said, and will all be housed on a “bubble” floor at the MGM Grand. The only time they can leave is to train at the Top Rank gym or to eat at an approved restaurant in the hotel. They will then be tested again the night before the fight.

The cards will be much safer than what UFC implemented for UFC 249 in Jacksonville earlier this month, Arum said. White faced significant criticism after a fighter and two of his cornermen tested positive for the coronavirus the day before the fights, and then again after a post-event report from The New York Times revealed that the UFC deviated from a number of safety procedures it was supposed to follow.

“Our protocols will be much more stringent than UFC had in Florida,” Arum said, via the Associated Press. “In ours you wouldn’t have a fighter testing positive the day of the fight or the day before.”