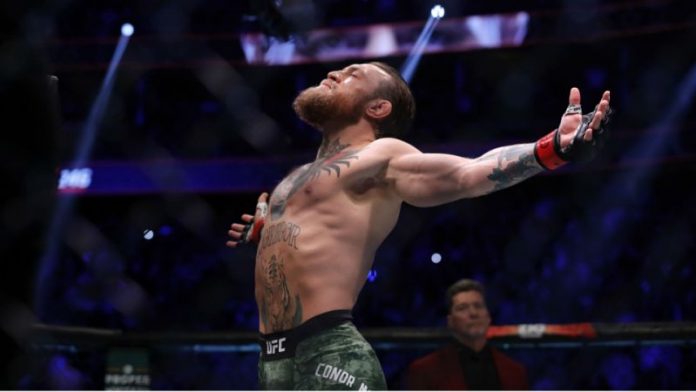 Conor McGregor believes Anderson Silva is the greatest MMA fighter of all time but expects to surpass the Brazilian by the end of his career.

Former UFC featherweight and lightweight champion McGregor explained who he considers to be the best to have stepped into the Octagon.

The outspoken Irishman ranked himself second to former middleweight king Silva, though he clarified he would be top of the list if failed drug tests were taken into account.

He posted on Twitter: “The array of finishes, across 2 divisions, with champion status in 1, Anderson Silva is No.1 MMA GOAT.

“However [I’m] still active, No.1 is fully secured by career end. And easily.

“GSP [St-Pierre] is in at 3. Much less array of finishes but champion status in 2. He is far behind though. Reasons = Left 170[lb division] after much damage taken + questionable decision. Never re-engaged 170lb successors. Bottled Anderson fight. Only moved [to middleweight] when one-eyed fighter [Michael Bisping] presented. Played safe.

McGregor added: “I didn’t mentions PED results on multiple entrants, even though that makes me the clear current No.1 MMA GOAT, along with still being active.

“Although it shames, as well as puts all runs+finishes in complete doubt, I’ve snored multiple juice heads. A true GOAT must do it all.

“Clarity on Silva’s earlier no.1 spot. Most stylistic finishes on resume. Front kicks to face. Up elbow (albeit outside UFC) Thai plum knees leading to broken facial bones. Long list of jaw dropping finishes. Myself/Anderson have the most exciting/important finishes in the sport!

“One more on George/Jon decision that will clear why I originally gave George 3 and Jon 4 before a maybe tied 3. A lot of Jon’s opponents were Anderson’s 185lb opponents but the array of stoppages were not there, or nowhere near Anderson’s despite the weight advantage to do so.”