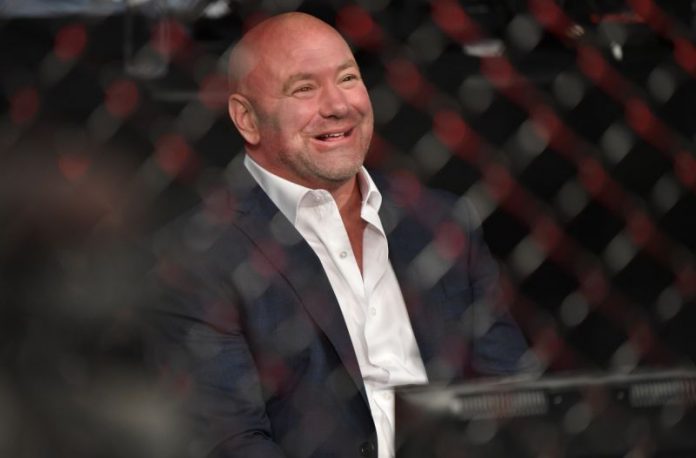 UFC steps into coronavirus void, and how it emerges could affect NBA, NFL’s return

There were masks on faces around the Octagon. There were no fans in the stands.

It didn’t have to. After eight-plus weeks without a live sporting event in the United States that wasn’t a horse race, UFC 249 stepped into the coronavirus void, offering a welcome diversion, a welcome bit of normalcy, a welcome Saturday night of fighting.

There were 11 fights, five stoppages, two title bouts and one announced retirement (from the great Henry Cejudo). It was tremendously entertaining, humans’ original sport — combat — delivering during our latest global challenge.

Yet the most important result — the ultimate verdict on the Ultimate Fighting Championship — will play out over the next couple of weeks, when it is determined whether this was pulled off without a significant spread of the coronavirus.

Preliminary fighter Ronaldo “Jacare” Souza and two team members came up positive for COVID-19 on Friday. They had been asymptomatic. He was pulled from the card. All three men were self-quarantining.

The show went on though, which was always the plan. And if the extent of the virus is limited to Souza and his team, or something relatively close to it, then this will be not just a triumph for UFC president Dana White and his company, but for the likelihood of more and more sports returning to action.

“I think it worked out great,” White said on ESPN. “The system that we set up works. We found out [Souza] was positive and all the other tests were negative. We’ll do over 1,100 tests this week (with two additional cards over the next seven days). If you test that much, I’m sure we’ll find someone else is positive.”

Someone had to be first and the UFC was willing to do it. Perhaps even more significantly, it didn’t back away because of the presence of a positive test in its ranks. Whether this is wise or foolish for public health can be debated by others. For the sake of sports returning, it was critical.

If the NBA returns, someone is going to test positive. Same for the NFL and baseball and college football, hockey or anything else. Positive tests will occur. The virus is too prevalent and the numbers of athletes and coaches and support staff too large. No system is going to keep it completely out.

The question becomes, does one positive test send a full team or an entire league into another 14-day shutdown, or do you just isolate and power through?

The UFC did the latter. The result in the short term was spectacular, a brilliant night of fights.

Everyone is watching now though for the long run. You don’t have to be a mixed martial arts fan to care about the result. If this worked and the number of COVID-19 positive people from the UFC bubble remains low, then it will resonate with the NBA and the NFL and so on.

A flare up at UFC 249, however, that turned Jacksonville’s VyStar Veterans Memorial Stadium into a brawling hot spot would resonate too, and not in a good way if you want to watch a football game in the fall.

No one will base their league’s decision solely on how the UFC did this weekend. The organization made a concerted effort to maximize safety and distancing, but there were some obvious failures in execution. Did it matter in the long run? Again, we’ll see.

If it didn’t though, if this worked, then it builds momentum that perhaps this can be done with a basketball team or even a big football one. It should build conviction that one positive test shouldn’t end the experiment and things can still be relatively safe.

It’s a data point. An important one.

No one knows how it will end, of course. Everyone is just guessing.

Maybe in two weeks this will be a victory or maybe it will be back to the sports drawing board.

Predictions have proven mostly pointless against the coronavirus, so everyone is best served waiting, and watching, for the result that matters the most from Saturday night.