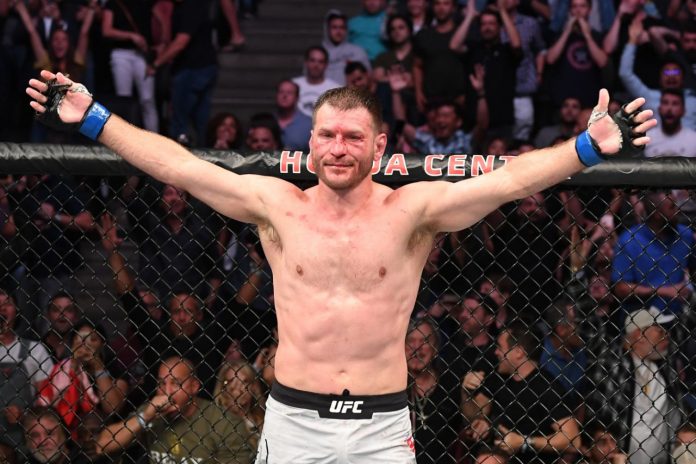 While the UFC is gearing up to resume next week amid the COVID-19 pandemic, at least one champion isn’t planning to return to the cage anytime soon.

UFC heavyweight champion Stipe Miocic said on Thursday he won’t take any fights right now during the coronavirus outbreak, largely because his gym in Cleveland is closed.

“There’s no way,” Miocic said Thursday, via The Score. “I can’t get a full camp in, so there’s no reason to fight.”

The UFC is planning to hold UFC 249 on May 9 in Jacksonville, Florida, and then two more cards the following week. The coronavirus outbreak forced president Dana White to postpone UFC 249 twice, though he certainly pulled out all the stops to try and make it happen.

The fights will make the UFC one of the first sports leagues to return amid the global pandemic. There were more than 1 million confirmed cases of the coronavirus in the United States as of Thursday afternoon, according to The New York Times, and more than 61,000 confirmed deaths attributed to it.

Miocic reclaimed the heavyweight title at UFC 241 in August, when he beat Daniel Cormier with a fourth-round TKO. That bout marked their second, following Cormier’s first-round KO in the first edition. Cormier has said he plans to retire, but wants one more matchup with Miocic to complete the trilogy before doing so.

Miocic, who also works as a part-time firefighter in the Cleveland area, is hoping to fight again at some point this year. But with the outbreak, his job fighting it on the front lines in Ohio and his family — not to mention the lack of workout equipment at his home — it may be a while before he can actually get back to it.

“It’s tough because I have a lot of things going on in my world — my daughter, make sure she’s OK, going to work,” Miocic said, via The Score. “I’m just trying to do the best that I can.”