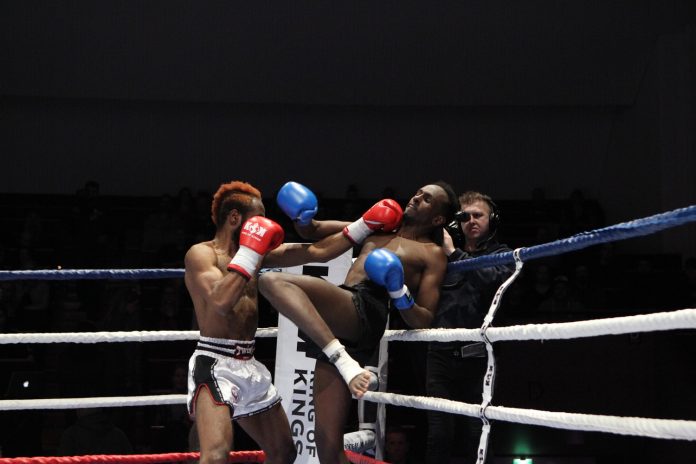 elcome to the latest edition of Missed Fists where we shine a light on fights from across the globe that may have been overlooked in these hectic times where it seems like there’s an MMA show every other day.

Let’s just say this is one week you “knee’d” to pay attention. Get it? Get it?

JM: That KO was so savage I don’t even have the heart to be mad at you and your terrible puns. I just want to hug you and tell you everything is going to be okay. Or maybe have you tell me that. I’m not sure.

AL: I don’t even know where that came from, but it’s too late to apologize.

JM: I feel a lot of types of ways and not sure any of them are good. Woof.

AL: You’re probably not feeling as good as Abdifatah Khalif after landing this absolutely insane jumping knee on Korede Lawrence at the KOK World Series 2020 show in Helsinki. I don’t know if this was meant as a Kobe tribute, but that’s a fadeaway strike that would make Mamba proud.

JM: Something must’ve been in the water last week. On many occasions a walk-off knee like that would get top marks for concussive destruction, but Cleveland McLean’s effort from Titan FC 59 almost feels like an afterthought when compared to Khalif’s all-world KO.

AL: Somehow I doubt Desmond Moore will view this KO as an afterthought.

JM: I am charmed by the Fight Pass Social Media Intern’s typo of “walk-off”. Walkofknee sounds like some kind of Wisconsin suburb that has recently been hell-gentrified.

AL: Also making another highlight is Max Rohskopf, who is quickly becoming one of the most promising young submission artists.

Still just 25, Rohskopf improved to 5-0 with this lovely anaconda choke and he also picks up his second Missed Fists mention.

According to @VonPreux, these absurdly vicious knees that Harry Stallone blasted Takuya Oyama with are decidedly NOT legal even in Tokyo.

JM: Here are some knees that aren’t quite as “good” as the previous ones we’ve discussed, but are also infinitely better because they’re illegal and as everyone knows, the forbidden is much more exciting.

That’s featherweight Mairon Santos going to work at Shooto Brasil: Grand Prix on March 1, and according to Tiago Okamura, the lad is just 19 years old. Just going by raw wins and losses, he’s actually faced decent competition as his last three opponents had a combined record of 15-1.

In a perfect world, Santos gets a couple more years to develop over in Brazil before making the jump to a larger promotion, but he’s probably already on the radar of various big show matchmakers.

JM: Dude. Going 10-0 to start your career is pretty damn great. Doing it in the first 11 months of your career is insane. AND HE’S 19! That is full-blown lunacy and I’m not really sure how to react to it other than yelling.

JM: This kid is obviously going to be the champion of the world someday and very possibly surpass Rickson Gracie by winning 501 fights with no defeats. All hail.

For readers wondering why this Shooto event was subtitled “Grand Prix,” it’s because it hosted the next leg in the PFL’s International Qualifier Series. Two weeks ago, we saw Mikhail Odintsov earn a lightweight spot and this time around it was Mariana Morais winning a four-woman, one-night tournament to book her ticket to the upcoming 2020 women’s lightweight season.

JM: You know me, I’m not here to disparage anyone, least of all losing fighters. But it’s tough to really know how Morais stacks up given the defensive openings Bianca Daimoni presented her.

That being said, good fighters knock out bad fighters and Morais certainly did that. Plus her triumphant scream was top-shelf. Love it when fighters are explosively excited for their own success. That’s as it should be.

AL: It’s not all sunshine and lollipops here as we saw recent UFC fighter Thomas Gifford suffer his third straight loss in truly brutal fashion at the hands of journeyman Cliff Wright in the main event of Pyramid Fights 15.

Readers may remember Gifford as the lightweight who definitively went out on his shield against Mike Davis last October. At least it sounds like he’s planning to take time off to rest and recover.

JM: Oof. When you get colded in that fashion by a .500 fighter, reconsidering your career is honestly a pretty good idea. There are plenty of other endeavors you can engage in that are far more beneficial to your health. Or at least less hazardous. Hope everything works out how you want it to, Mr. Gifford.

AL: From Standout Fighting Tournament 21 (available for free replay on YouTube) we have a quartet of outstanding highlights, beginning with Melquizael Costa absolutely shutting down Anderson Ferreira’s attempt at styling here.

JM: This is great because it’s maybe the first time I can remember seeing a “When keeping it real goes wrong” not leading to an immediate KO but a prolonged ass-kicking. Ferreira just out here trying to put on airs and ends up eating an extended combination.

AL: Simone Duarte is either way too calm and collected here or she doesn’t realize she’s in trouble; either way, Karine “Killer” lets her know real quick what’s up.

JM: Inverted heel hooks should be banned for making me feel sick.

AL: This finish would have qualified for a Humpty Dumpty award if it weren’t so damn scary as opposed to amusing.

JM: Now that’s how you KO someone up against the cage. I mean, is it as cool as the knees? No. But it’s also going to show up on your record as a W so that’s probably the most important part.

AL: This next clip from an “Xtreme Kickboxing rules bout” had to be included just because the closing exchange is perfectly in sync with the 10-second clapper.

JM: I take umbrage with the idea of something being called “Xtreme Kickboxing” when it’s just kickboxing in four-ounce gloves. Especially considering Lethwei isn’t a secret. That’s the real Xtreme Kickboxing. This is just a cheap knockoff. Cool KO though.

Up first, we want to thank Yu Ji (@Jiggyji) for recommending this clip of… himself!

JM: I always love it when readers are fighters themselves, especially promising ones because, let me be perfectly clear here, I will be more than happy to help amplify the career of any young fighter so long as they let me wet the beak a little.

AL: Wait, where are you going with this, I don’t think

JM: You show us love, we’ll show you love, Ji. And that can start with the fact that you don’t follow me on Twitter which, not gonna lie, feels like a betrayal of our new friendship.

If you are a pro fighter and want to supplant Ji as our favorite fighter, just send us a clip of you sparking some random, click the follow button on the Twitter machine, and you’ll have bought my devotion.

AL: BTC’s own Jason Hagholm recommended this sweet finish by Zach Junkin, the fastest in the history of the Ontario-based promotion.

JM: See! This is what I was talking about earlier! Zach “Funkin” Junkin just turned in a record-breaking knockout and he’s all demure and s*it. Come on man, be your own biggest fan! If you aren’t pumped about bolting some dude in less than 30, who else is going to be? Just feels like a letdown when he isn’t going insane.

Plus, he would’ve done Flick a solid so the cameraman wouldn’t have spent all his time focusing on the stumbling man.

AL: It’s like these guys aren’t even trying to become your best friend!

I don’t want to end this on a disappointing note, so let’s just remember that Yoshihiro Akiyama is officially back in business and you know what that means.