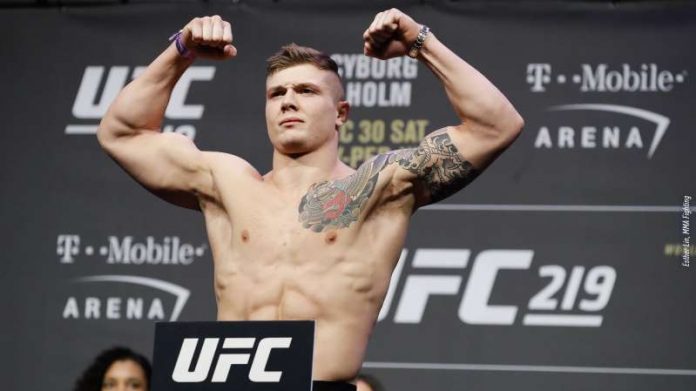 Marvin Vettori vs. Karl Roberson rebooked for May 13 UFC event

The UFC is preserving a middleweight matchup put together amid a shuffle of talent from the coronavirus pandemic.

Marvin Vettori and Karl Roberson, who were originally booked for at a UFC Fight Night event on April 25, have been rescheduled for a May 13 fight card in Jacksonville, Fla. MMA Fighting confirmed the news following an initial report by MMA Junkie.

The May 13 card, which has yet to be named, will take place at VyStar Veterans Memorial Arena. It is the second of three confirmed events for the venue that mark the UFC’s return to business after the postponement of multiple events.

Vettori originally was scheduled to fight Darren Stewart at UFC London when the card was called off due to the growing pandemic. Roberson, meanwhile, was to face Makhmud Muradov at UFC 249 on April 18.

Vettori has won his previous two fights in the octagon, most recently outpointing Andrew Sanchez at UFC Tampa. Roberson also has won his past two, submitting Roman Kopylov in his most recent appearance at UFC Moscow.